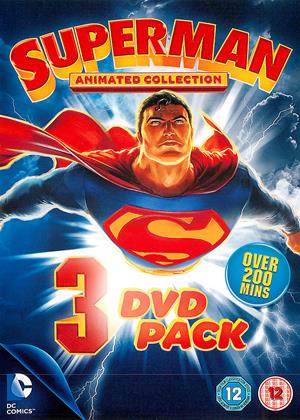 Among the greatest Superman stories in the comics, All-Star Superman, from Grant Morrison and Frank Quitely, is one of the best. It gets to the heart of what makes the character great and breathes with enough strong arcs to flex Superman’s greater influence. Even better, the story explores the idea of Superman dying in a more poignant way rather than the tragic brutality of the Death of Superman arc. It wasn’t massive enough to sell as many copies given that death wasn’t as big a deal in comics by that time. All-Star wasn’t really canon either. But for what the story represents, it’s one of the most heartfelt and exciting directions to take for the Man of Steel.

The premise is a great one. Superman makes a daring rescue of some astronauts who were sabotaged on a mission near the sun. Though he saves the day, Kal-El poisons himself with too much of the sun’s radiation. The good news is that the exposure has made him all the stronger. The bad news is it means his days are numbered with his demise rapidly approaching. Thus, the story poses an interesting question of just how such an invincible superhero would spend his final days.

The truth is that Superman carries on the fight as much as he can while he still can. He tries to connect more with Lois by delivering the bad news, care to the shrunken city of Kandor, and stop all manner of villains as they muck about Metropolis. This includes the terrorizing force of Parasite, the under-dwelling Subterranosauri, and the cybernetic capabilities of Solaris. He also meets Lex Luthor currently on death row for his opening crime.

There’s enough faith in the film to let the story linger around these many areas of Superman’s life as he comes to terms with his life reaching its finale. Rather than give his final story a straightforward approach of a singular focus on villains, the film sprawls out to cover a lot of ground and give a sense of Superman’s day-to-day life that has become shaken by such a development. It all builds so well that by the time Superman passes on, he’s given a rather dignified demise, referring to him not so much as being gone from this world but continuing to fix it, residing within the sun like a mythical god having returned home.

All of this could sound corny if it weren’t for the fantastic voice cast. James Denton gives an affectionate take on Superman that feels both powerful and understanding. Christina Hendricks makes Lois equal parts emotionally shaken by Superman’s development as she is a feisty reporter. And Anthony LaPaglia also gives a strong performance as a defeated Lex Luthor, still eager to find some way to one-up Superman from behind bars.

Director Sam Liu has really built himself up to this moment with a lot of experience in handling numerous DC Comics animated projects. It also helps to have a robust script from the always-reliable Dwayne McDuffie, who sadly passed away one day before the film’s release. Of all the DC animated films for Superman, this is by far one of the best, fittingly based on the strongest of his comic book runs.