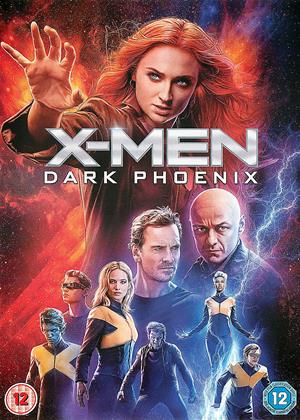 The first two X-Men prequel films were very good the third a bit of a let down and it all ended with this terrible film !

Not great but not catastrophic - X-Men: Dark Phoenix review by Other Worlds

I have to admit , looking at the acting talent on display at this stage of the franchise things do seem to have thinned out more than a bit since the start of the series. The cast tries hard , but they aren't particularly helped by the script and the direction makes the whole movie feel like we've been here and done that.

Its not quite as bad as some say , not a ringing endorsement admittedly, and if you are a Marvel die-hard you should certainly be able to power through to the end.

It all feels very, very tired however and if this is not the end of the X-Men story arc I truly fear what might happen next.

This had a great cast but the storyline was weak and not in continuity with the other films. Don't bother

watched by my partner who is an avid fan of the genre and has seen every movie in the X-men series!!

I'm a huge x-men fan, was waiting for this film with great anticipation, got very disappointed - the film is utter RUBBISH.

If I could I'd give it negative star rating.

Total waste of time, every aspect of this film is bad: story, dialogs, acting, costumes, make up... Terrible.

so so bad - X-Men: Dark Phoenix review by JD

But its one of those many films where they have gone out of there way to make it rubbish. There appears to be some real effort put into making this some dull, nonsensical nonsense.

It also owns what is probably the silliest and most pointless line ever spoke in a film. When Jennifer tells Mcavoy the xmen should be called xwomen.

Life is short, far to short to watch rubbish like this.

Was hoping this would be a rejuvenating movies, something to bring a bit of life back into the aging franchise. Flassy title, good trailers, young cast. Unfortunately it's just another instalment of the franchise. After a while i started to lose interest, flicking on my phone and soon got to the point where i could have been watching any X-Men movie, they all just blur into the same old thing now. There's nothing that makes this movie stand out. There's no real long term story plan. The acting is OK. That's about it. After watching this you'll feel like you've ticked another one off the X-Men list, not that you've watched a movie that's part of a bigger story.

I think part of the problem is there are so many characters that do so little. To much padding, not enough substance. If they'd streamlined the major characters, focused more on the story and made it darker it would have been a much better movie. It's to nice, it's to Disney. It lacks any real depth or drama.

I'm sure some people will love this movie but for someone who's watched all the many many many X-Men movies it feels like the franchise is on life support now. Please, someone pull the plug!

Another ho-hum instalment in the franchise. It’s a competent re-working of the usual hokum, long on cgi and short on anything that will make you care two hoots about superheroes and supervillains who fight each other yet again. Phoenix can fly and only has to raise a palm in someone’s direction to send them flying too, so nothing new here.

The plot retreads the standard story arc so expect the usual superhero soul searching and climactic bash. Bland Sophie Tucker isn’t up to investing her lead character with any charisma and there’s even a female baddie called Vuk (make up your own jokes). Any plus points? Hans Zimmer’s orchestral score is less annoying than usual.

Given its reputation as a flop, I was expecting a complete car-crash of a movie, but this simply turns out to be a mediocre X-Men film: it's not terrible, but neither is it going to blow your socks off. The basics of the plot are all there, but nothing quite gels into anything special. It looks nice, and the action scenes are OK, but such CGI superhero fare is ten-a-penny these days. In terms of the emotional journey of the film, the elements are there, but it just doesn't quite work. Sophie Turner doesn't appear to have the charisma to carry the film as the main lead, but almost all the cast seem to struggle with the material, either coming across as wooden or over emoting. Jennifer Lawrence's agent also appears to have struck a deal to give her as little screen and make-up time as possible.

And so we finally come full circle with the X-Men prequel series. One would think that 2016’s X-Men: Apocalypse would have brought things to a close as the film not only ended with the X-Men now in their matching suits and charging into the 1990s but also for the minor jab of The Last Stand being a lackluster third film to end on. Well, here we are again with Dark Phoenix, treading on a familiar and rocky ground last seen in The Last Stand.

The similar story involves the mutant Jean Grey (Sophie Turner) trying to stabilize her destructive psychic powers. Thanks to Charles Xavier (James McAvoy) taking her into his school at such a young age, she has learned through much training to control her abilities. By the time she reaches the 1990s where she has become an essential part of the X-Men team, whose older members are looking rather youthful after four decades. In fact, she’s become so powerful and indispensable that the shape-shifting mutant Raven (Jennifer Lawrence) thinks Xavier hasn’t been very fair to her, berating him that the team should be called X-Women with how much the female mutants have been proving themselves.

Raven is right in both aspects. For one, Jean took a direct blast from an alien energy force that was absorbed into her body, making her all the more powerful. For two, Charles is hiding a dark secret that deeply damages Jean’s sense of being. All of this results in her going on an emotional rampage where she not only feels distant from mutant-kind but damages the fragile relationship between humans and mutants, once more lighting that old flame of persecution. Her actions also attract the attention of Magneto (Michael Fassbender) with enough pathos to get him back in the saddle of the helmet-wearing conflicted mutant once more because even after all these decades he’s still a predictable creature of revenge.

Oh, and we completely forgot to mention the aliens. Yes, there’s a secret alien invasion of beings that take over human bodies and seek the power that Jean’s body currently houses. They’re led by a gentle Jessica Chastain that hopes her quiet words can persuade Jean to come over to the dark side of using her powers for intergalactic purposes. Her words easily sway Jean but in a very artificial way. Because in order to fit all of this, along with the conflicting relationships of various X-Men, into a film that’s under two hours, there’s no room to simmer. Characters must outright state they feel betrayed, loved, intimidated, or fearful in a manner that lacks subtlety.

But what’s perhaps the most troubling is that Dark Phoenix never really embraces its feminist angle which receives the same blunt delivery. We should get something poignant out of this development, but it’s a PG-13 crowd-pleaser comic book movie and so the most we can hope for out of such a tale is some good action, which we do get from a daring space shuttle rescue to a chaotic battle on a torn-apart train with all mutants battling aliens. But is that all this has to be? Fox has proven that genre-based comic book movies like Logan can not only be effective but also profitable. Why not embrace the obvious Carrie style horror this film so desperately wants to be? Why rob the film of this brilliance so that Nightcrawler can use his tail to snap some necks?

Despite some pleasing action, Dark Phoenix fizzles out on everything. Its characters are given surface-level motivations, the female angle coming off like a forced PSA, and the emotional moments coming off more like melodrama. This is less of a goodbye to this prequel saga and more of a good riddance.