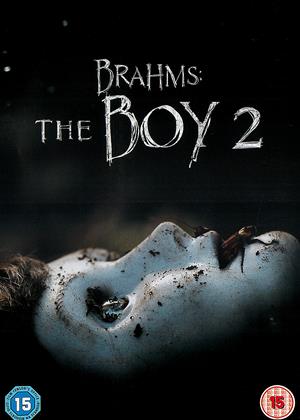 Much like the first film this is rather harmless but totally forgettable. The acting is ok and the storyline runs at a decent pace. It does feel at times like they played it safe and it shows.

There was a certain allure to the horror picture The Boy in that it drew out the suspense of a doll seemingly possessed by the spirit of a dead child. The film followed one woman tasked with caring for the doll and had a surprising intriguing dynamic. Of course, once the curtain fell, the twist revealed a very lackluster conclusion to a film that might’ve slowly built to something better. The Boy II holds no such aspirations, dragging out a staggeringly standard supernatural horror with few surprises.

Unlike the previous picture that subverted the expectations of an evil doll, this sequel goes for the less inspired supernatural element. A family recovering from trauma decide to move to a mansion for some peace and quiet. The child of the family, Jude, soon discovers on the grounds the mysterious Brahms doll. Now why would a boy be intrigued enough to pick up a porcelain doll from the dirt and take it home as his new toy? While there may have been a believable excuse in reality, the film settles for the easy-out of supernatural forces at play.

Brahms starts talking to Jude and giving him rules. He soon starts using his powers to do nasty things and contribute to the doll’s nature of inspiring suicides and murders. The parents initially think Jude is only using Brahms to cope. But Brahms will soon corrupt Jude. Very, very slowly. Such strange things begin to happen where the dining room table will break and Jude’s notebook will hold darker drawings. Slowly the film chugs along with tedious doll terror, where something odd will happen and the doll will be the source of all evil. So much sinisterness surrounds the doll that one would be forgiven thinking there’s a placebo affect of the doll itself. After all, the first film never eluded to something so fantastical. Even in the likes of other evil doll films of the era such Annabelle, there’s something more behind the doll being the evil than the doll itself.

But, no, Brahms must be the source of all evil! He’s the star of this apparent horror franchise. But when compared to the competition of other evil doll movies, with the many Annabelle sequels and a revival of Child’s Play, Brahms is just, well...dull. He’s a blank-faced toy that is placed within long and drawn out scenes of mild jump scares before given a very explicit reason for everything. With all the crazy twists that could be spun around the trope of an evil doll, this film is so bereft of ideas that the ultimate reveal is that Brahms is actually two dolls, a sort of lackluster Russian nesting doll of sorts. The evil was literally hidden within the doll all along!

The Boy II is the ultimate tease of a picture, finding very little to do with the doll in question to inspire a franchise. In the same way the characters of the film crack open the head of the doll to find a dark secret, so too does the audience. But what they’ll find is nothing. No horrifying reveal, no coming to terms with trauma, no scares more terrifying than the expected assembly of creepy mansion antics. I’ve often referred to these stock kinds of horror films as rollercoaster movies; you’re not scared by them but you watch for the mere thrill of the scares coming up, more excited by the anticipation than the payoff. But if the likes of The Conjuring and Insidious were rollercoaster horror, Brahms plays more like the merry-go-round of the genre; going around in a circle with nothing all that engaging past a slight raising in your seat. And much like a merry-go-round, I tired quickly and couldn’t wait to get off.