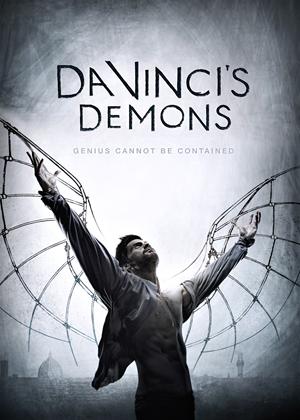 Sign up
Doctor Who: The Time of the Doctor and Other Eleventh Doctor Christmas Specials

As so many series (incl Breaking Bad, Peaky Blinders), the early series are WAY superior - series 1 and maybe 2 too are great, edge-of-seat experiences, very violent, some sex scenes, but really imaginative. Filmed in the UK in South Wales - Margam Park, I know. Series 1 has a documentary re THE MAKING OF on the final DVD.

GREAT sets and fantasy inventions. ALL total hokum and tosh of course - Leo Da Vinci was nothing like this and nor was Florence/Firenze in Italy, a city I know well.

The main characters of Leo, Zo. Niko are great and well-cast. When they are on screen, or Vlad, it's riveting stuff. The stuff in the New World is a bit weak as is series 3. I find you can always sense a series is coming to the end of its natural when they start using flashbacks or silly fantasies, OR casting more women in roles and discussing family matters and starting families. Breaking Bad was just like that - brilliant to begin with, then too much domestic stuff. Ditto Peaky Blinders, first 3 series the best.

Woefully miscast is a black actor in the role of Claudio Medici though - and also too many lookalikey young women in unbelievable macho leadership roles - easy to mix em up too.

I hated some modern references and language - eg reference in on character's speech to 'down the rabbit hole' (from 19th C Alice in Wonderland) and much other stuff.

BUT so long as you are prepared to go along for a fantasy ride, it's a good fun watch - utter nonsense historically and it actually reminds me of cliffhanger TV shows like Dr Who from the 1970s or Flash Gordon, but with WAY more violence and some sex. The blood-splattering gut-spilling grand guignol seems quite the thing these days, as well as nakedness - and as these TV series are made by Amazon Prime or Netflix, they can do that. Maybe not for the kids though.