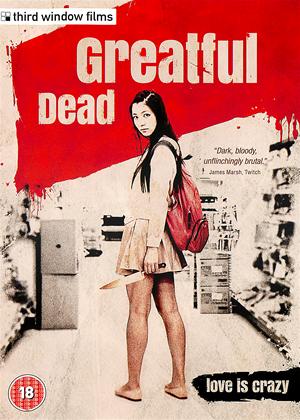 Despite her best and increasingly desperate efforts to attract attention, little Nami is starved of affection, or indeed acknowledgement, from her parents. As she grows into an attractive teen (Kumi Takiuchi), she inherits great wealth, listens to appalling rock music and becomes increasingly possessive of her lonesomeness. She calls herself a Solitarian, She spends her time seeking out other Solitarians, the most extreme case being an elderly man who lived an isolated life before dying whilst watching pornography. Before reporting the incident anonymously, she takes a smiling selfie with his calcified corpse on the floor of his rubbish-strewn living room.

Mr Shiomi (Takashi Sasano) is her next solitary obsession. Glorifying in observing his isolated life, Nami is then appalled that this heart-broken, faded man finds love and acceptance from his family and vows to punish him for taking away her ‘property’.

As events drift away from one level of bizarreness to another, and then another and another, not only does it lose track of its initial premise, but becomes little more than a series of darkly comic moments of violence and incident. The whole thing appears designed purely so the audience can scratch their collective heads and wonder what they are watching – which is exactly what happens, at least in my case. As a lesson in not ignoring your children, it’s obscured by how … obscure it is. As a drama, or a comedy, or a horror, it’s too fragmented to succeed. On its own terms, however, it is a film you won’t forget in a hurry. There is an attempt in the last scene to marry up events with the perils of ignoring your children, which is pretty pointless considering that things have by this time run away with themselves to such an extent they cannot possibly be reasoned with – which seems to be the point, if there is one.