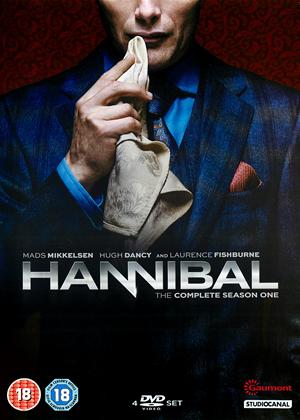 Loving this series. Mads is very believable and always good value. The main FBI guy can get a bit annoying,but this is more than compensated by the rest of the cast. Rent it.

The first Hannibal film starred Brian Cox as a perfectly reasonable Lecter, controlling and organising from his prison cell, and co-starred William Petersen as the hapless Will Graham, directed by Michael Mann to brilliant effect. Then we had Sir Anthony Hopkins chomping the scenery, and apparently scaring the stuff out of crew from his cage even when the camera was idle. Now it's the distinguished Danish actor Mads Mikkelsen doing duty for the hungry psycho, and Hugh Dancy as Will. Only trouble is, we've seen it all before and somewhat classier done. These guys are very fine actors, but I for one cannot see the point, unless of course it's an exploitational, melodramatic and gut wrenchingly explicit point, in re-treading such a well, well worn path.

William Goldman was correct when he famously opined, 'Nobody knows anything.' He was speaking of how Hollywood was unable to guess what the public would go for next, but these days, it's because nobody knows how to write a decent psycho thriller anymore. Without thrusting our noses into the yuk.