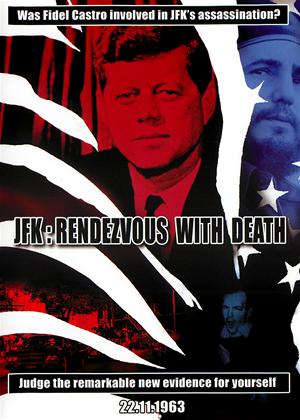 Synopsis:
John F. Kennedy's assassination was the murder of the century. Over the last 40 years, divergent conspiracy theories surrounding Lee Harvey Oswald have captured the imagination of people the world over. Now, for the first time compelling facts supporting a new scenario have been uncovered: Oswald was a weapon-for hire in the ultimate round of a deadly duel between John F. and Robert Kennedy vs. Fidel Castro. Just weeks before Kennedy was shot in Dallas, Oswald travelled to Mexico. After the assassination, FBI supervisor Laurence Keenan re-traced Oswald's movements in Mexico to find out what he had done during his stay there.
The information that Keenan were confronted with was so explosive that President Johnson personally ordered an immediate halt to the investigations in Mexico. For the first time in the history of the investigation of the Kennedy assassination, the Mexican secret service DSF allows access to its archives. A study of these documents clearly reveals that while in Mexico Oswald had been contracted to assassinate Kennedy. The actual investigative breakthrough, however, comes in the form of highly credible, expert "insider" witness statements. They reveal why Oswald was recruited, how and by whom. Wilfried Huismann's HD documentary is a milestone on the long road to the final resolution of the open question of the century: Who really killed JFK?
Actors:
Fidel Castro, Alexander Haig, John F. Kennedy
Directors:
Wilfried Huismann
Producers:
Wilfried Huismann, Gus Russo, Heribert Blondiau
Writers:
Nicole Kortlüke, Olaf Strecker
Aka:
Rendezvous mit dem Tod: Warum John F. Kennedy sterben musste
Studio:
Stax Entertainment
Genres:
Documentary
Countries:
Germany, Documentary

Sign up
The Untold History of the United States

Reviews (1) of JFK: Rendezvous with Death

Another theory - JFK: Rendezvous with Death review by AW

A German-produced English-narrated expose that interviews Alexander Haig and former FBI and CIA agents plus Mexican and Cuban Security service agents, giving rather vague reports but all concluding that Lee Harvey Oswald was the lone assassin, groomed and apparently happily willing to knock out the President of the USA on the orders of the US's grand enemy, Fidel Castro.

Shows the usual well known black and white newsreel footage of the Dallas motorcade, LHW's murder, & Kennedy's funeral, but this is the first time I have been aware of any post-mortem pictures of Oswald.

Trouble us, there are still too many conspiracy theories out there, including the possible collusion of CIA head GeoWBush and LBJ himself, plus the angle and frequency of the shots when LHW was known to be a lousy shot, really don't convince, so I reserve judgement on this.