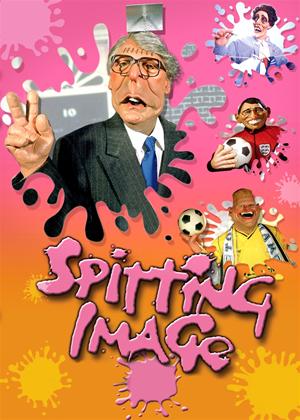 Sign up
Paul and Pauline Calf's Cheese and Ham Sandwich

Sign up
Have I Got News for You: The Best of the Guest Presenters

Sign up
Steve Coogan: Live 'N Lewd / The Man Who Thinks He's It

My first encounter with Spitting Image was the Land of Confusion music video from Genesis. On display were numerous caricatures of pop culture figures ranging from Ronald Reagan to the Pope to even the band itself. It was exceedingly elaborate, I thought, that there must be something more to this. Thus I stumbled onto the savage satire of Spitting Image, perhaps one of the more irreverent avenues of comedy prior to South Park.

Spitting Image was akin to watching a living political cartoon. Nothing was off-limits in this show as it often found unique avenues to spin its targets. Take, for example, Prime Minister John Major. The creators felt he was such a boring politician that they knew the initial gimmick of him being a robot for Thatcher wouldn’t hold long. They decided to make him gray to enhance his boring nature and turned him into a figure so dull it was comical, leading to the hilarious bit about him at the dinner table eating peas in the driest of conversations. Of course, Major would later experience a scandalous mistake and thus became easier to weave into bits.

The elaborate puppetry on display simply can’t be overstated enough. Just watch any scene in the House of Commons when they have a long shot of the politician puppets in full body. The most likely technique one would assume is that actors put on masks but, no, some of them seem to be actual puppet heads! While I’m sure there’s a very simple explanation for accomplishing this, it’s still impressive that these puppeteers, who had to churn out these skits in record time to be relevant, were capable of such innovation. Even more impressive was that the show also dabbled into stop-motion animation for a parody of the Teenage Mutant Ninja Turtles, framed instead as pieces of poop.

Spitting Image had a handful of TV specials, especially in the US with the mockery of the Academy Awards and a total of three specials involving Ronald Reagan. They even had Election specials in the UK which were by far some of their most elaborate skits considering they brought the political puppets into the public to make the case for their parties. They didn’t hold anything back in these bits either as everything was a target, from faulty hair to sperm.

If it wasn’t already obvious, Spitting Image was a pretty vicious show. It took a lot of cheap shots but usually always found a way to punch up. This is not to say that their punches didn’t always land. For example, there’s an easy and tired bit where books are compared to video games as being a major challenge to the inept youth who are portrayed as illiterate. The mockery of celebrity aid team-up songs was also incredibly easy comedy and there were probably as many sketches about this pop culture aspect there were actual aid songs.

Spitting Image left the airwaves in 1996 when it was reasoned the puppet show was too expensive to produce for comedy shows doing the same satire for much less rubber. The show recently had a revival in 2020 when it seemed as though it would be most needed for roasting politicians running rampant with backward logic. And yet the new season doesn’t quite feel all there, going too soft on its target. Though the political top dogs of Boris Johnson and Donald Trump are in the crosshairs, it appears as though either the aim of the writers is off or they’re firing with rubber bullets. The show mocks them both but more in that easy-to-digest Saturday Night Live vibe where it feels more like a roast than satire. This feels especially disingenuous for embracing the neo-liberalism methods of satire to go after Greta Thurnberg, which mostly amounts to her being mad at everything as much as she is about climate change. How insightful.

It’s for this reason why the new Spitting Image just lacks the, well, spit. Where it once shot out condemning fluids now feels like soft saliva. There’s a scene in the new Spitting Image where the embodiment of Covid-19 sneezes mucus on his targets. It’s not green or black but clear. How gross is that supposed to be?