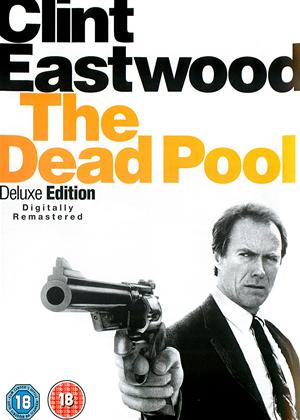 Reviews (1) of The Dead Pool

Dirty Harry should have retired before this one :( - The Dead Pool review by RP

The fifth and last of the 'Dirty Harry' cop films, made 17 years after the original and with Clint Eastwood at a respectable 58 years old - and frankly, he should have retired as a cop before then. The film includes the by-then hackneyed features: Clint plays the hard-nosed cop, says the customary one-liners, shows his customary disrespect for authority, and single-handedly foils a dastardly plot, shooting many baddies in the process.

The elderly actor, the worn-out formula - all that would be fine but for one critical thing: the story is far-fetched rubbish. There is a betting competition going to see which of a list of celebrity / newsworthy characters dies. Clint's (well, Harry Callahan's) name is on the list (of course), so he's also under threat. Err, that's it.

Far-fetched, not very interesting, with well-worn jokes and scenarios, including the usual rookie cop - here he's a Chinese-American with martial arts skills - is there anything good about it at all? Well, if not good, there's an early appearance by one Jim Carrey who plays an actor playing a heavy metal singer, miming to a Guns 'n' Roses' song. Oh yes, Liam Neeson gets a role as a director of horror films - and it is (of course) a caricature of a Brit-in-Hollywood director, despite the fact that he's Irish.

Clint is one of my favourite actors and directors, but this is really below par stuff. Watch it only if you're an Eastwood completist. 2/5 stars.