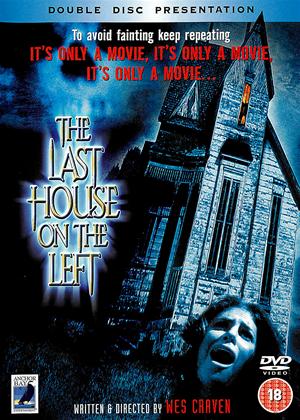 Rent other films like The Last House on the Left

Reviews (1) of The Last House on the Left

A crude exploitation film, crudely made - The Last House on the Left review by RP

This was one of the so-called 'video nasties' and was refused a certificate in the UK until 2002, some 30 years after its release. So, is it really that bad?

It's bad all right - badly, cheaply made rubbish. While it might be claimed that it has historic value as a film that pushed the boundaries of on-screen violence, all that can honestly be said about it is that it is an early unwholesome exploitation film.

The story is crude: two girls head off for a rock concert in New York. While trying to score some grass, they make the mistake of approaching the baddies. Baddies rape them, drive them to the woods, rape them again, kill and dismember them. Having cleaned themselves up, the baddies then show up at a nearby house - which coincidentally happens to be the home of one of the girls. Parents wreak revenge. Add in a couple of unfunny 'comedy' cops and that's it.

It's a crude exploitation film, crudely made, with few if any redeeming features. 1/5 stars.