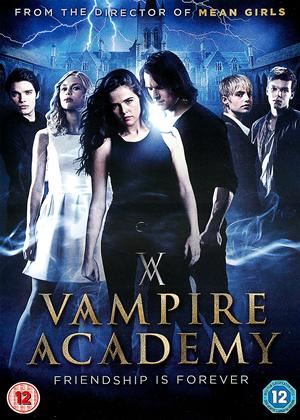 Sign up
Alvin and the Chipmunks: The Road Chip

I have never really been a fan of Young Adult movie adaptations, they never quite feel the way they are supposed to. It may just be my adverse reaction to Twilight or the fact I haven’t fallen quite as in love with The Hunger Games as the rest of the world has but Vampire Academy is the next in a long line of YA films that fail to hit the mark, not only in its choice of performers but in its story as it presents a childishly puberty story that never quite feels supernatural in the way its supposed to be.

Vampire Academy follows Rose Hathaway (Zoey Deutch), a half human, half vampire guardian who has the enviable task of protecting fellow vampire Lissa Dragomir (Lucy Fry), a member of mortal vampire royalty that Rose must protect as part of her order. She must attend a prestigious school alongside her and ensure her safety while also trying to live some kind of life of her own, no matter how hard that might be when everyone is out to kill you and your friends.

Although the premise seems interesting and Deutch has a kind of classic look to her that implies knowledge beyond her youth, a useful trait for her character, the film never takes full advantage of its out there plot points as the vampire element finds itself swept under the rug at times in favour of classic high school hijinks while they return in full force towards the end to remind you that this is in fact a vampire film, despite the constant flip flopping from plot thread to plot thread.

However the film really is about establishing characters and setting up this new world and while Marvel films manage to do this a little more successfully there is plenty to look forward to in future films. However Vampire Academy suffers in much the same way as the recent Guardians of the Galaxy as it tries too hard to create a world when the film really needs the effort, not the idea that future films could exist along the way. While there is something here in terms of characters the film is light on suspense, enjoyable action and the romance elements feel tagged on, making for a disappointing if not completely pointless excursion into the vampire genre.