2.6 of 5 from 45 ratings
Unknown
Not released
Play trailer
Gallery 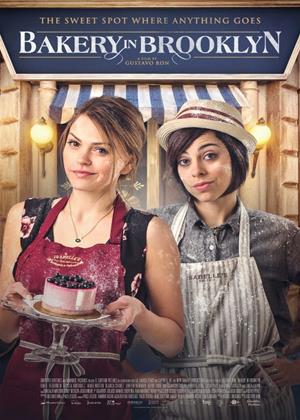 Synopsis:
Vivien and Chloe have just inherited their Aunt Isabelle’s bakery, a boulangerie that has been a cornerstone of the neighborhood for years. Chloe wants a new image and product, while Vivien wants to make sure nothing changes. Their clash of ideas leads to a peculiar solution: they split the shop in half with a black line in the middle and each runs her business as she sees fit. Things heat up as they’re forced to fight over every customer who walks in the door. The neighborhood is changing as well, turning into an unlikely blend of young hipsters living alongside elderly people who’ve spent their lives there.
But Vivien and Chloe will have to learn to overcome their differences and work together as a team in order to save the bakery and everything that truly matters in their lives.
Actors:
Aimee Teegarden, Krysta Rodriguez, Griffin Newman, Ernie Sabella, Blanca Suárez, Ward Horton, Letty Serra, Aitor Luna, Enrique Arce, Anthony Chisholm, Linda Lavin, Anthony Alessandro, Teodorina Bello, Robert C. Kirk, Franklin Ojeda Smith, Pat Patterson, Claudia Robinson, Joel Rooks, Jamison Stern, Gerry Vichi
Directors:
Gustavo Ron
Writers:
Gustavo Ron, Francisco Zegers
Aka:
My Bakery in Brooklyn
Genres:
Comedy, Romance

Not released
Ways to Live Forever

Not released
Amira and Sam

Not released
How to Be a Latin Lover

Reviews of Bakery in Brooklyn

As cliche as it sounds, Bakery in Brooklyn has the feel of too many cooks in the kitchen for this mess of a meal. There is so much going on in this picture as it meanders around trying to find romance, drama, and comedy, rarely finding much of anything. So much of it clashes and falls flat that it boggles the mind to wonder just how such a film was constructed.

The initial premise is that two sisters, Vivien (Aimee Teegarden) and Chloe (Krysta Rodriguez), are the only ones who can save their family’s bakery after the death of aunt Isabelle. They have opposing views: Vivien is more about keeping things classic and traditional while Chloe wants to embrace something more exciting and modern for the bakery. That would seem as though there’s enough to work with there. Unfortunately, it seems that this may have been the premise for a sitcom with how many strange plot threads are thrown into the mix.

There’s an angry banker who wants to shut them down but perhaps the taste of a certain sweet would change his tune. There’s a dorky guy who stalks them. There’s some criminals who plan to rob the place. There’s a drug dealer involved. And it’s around this point one has to wonder just how much of this was intended to be a simple save-the-block comedy or some madcap Guy Ritchie story of a bakery. Maybe it was both? It wouldn’t surprise me the way this film just keeps snowballing things happening without such things making much sense or holding much resonance.

The film has come labeled as a romantic comedy but its hard to guage with how clumsy everything is handled in this film. The absurdities are ill-timed where it feels as though the picture is bordering on dark comedy but can’t quite bring itself to go to such length, finding more unease unintentionally. So little of anything feels grounded as a result of the absurdity, where the humor fails to be funny and the plight fails to be engaging. Even the rom-com requirement of a romantic kiss for falling in love towards the end of the picture feels wildly unearned for how little this film works to make that magic moment shine. If that coupling scene were intended to be fireworks, this film could only afford sparklers and snakes.

Hey, if all else fails, a bakery rom-com could always just fall back on the allure of its tasty confections to be the eye-candy of a mediocre picture. Yet even on this level the movie still fails to take advantage of an easy treat, the way children’s dog movies will often cut away to random shots of dogs for no reason. How I wished such a movie would resort to cutting away from awkward scenes for cookies coming out of the oven or a cake being decorated. But all that comes out of this oven is a half-baked flop of a romantic comedy, overstuffed with filling in hopes that it would cover up the flimsy formation.