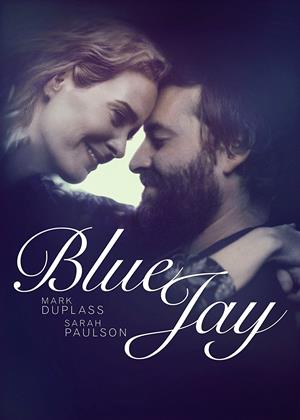 Synopsis:
Former high school sweethearts Jim (Mark Duplass) and Amanda (Sarah Paulson) have been out of touch for more than 20 years - but by sheer coincidence, they run into each other at a grocery store back in their alpine hometown of Crestline, California. Jim's mother has died and he's here to put her house on the market. Amanda is visiting her pregnant sister. They get to talking, first over coffee, then over beer and jellybeans. Before they know it they're at Jim's mother's house, where everything sends them spiralling back into the past. Jim and Amanda's lives have taken different directions, yet here they are, reconnecting like nothing has changed.
Alex Lehmann's feature debut is a tender, wise chamber drama about finding yourself adrift in mid-life, longing for something essential that you fear has been lost.
Actors:
Mark Duplass, Sarah Paulson, Clu Gulager, James Andrews, Harris Benbury, Daniel Brooks, Mary Brooks, Bill Greer, Cindy Greer, Ana Iovine, Leo Munoz, Loretta Munoz, Brady Rice, Karen Rice
Directors:
Alex Lehmann
Genres:
Drama, Romance

Not released
The Other Side of Midnight

Not released
The One I Love

Didn't work for me - Blue Jay review by RJ

As so often in life, I feel like the miserable one at the party, refusing to join in. I just didn't like this film, despite it being recommended by friends and also despite the fact I haven't really been able to find a bad review of it online (although some of the reviews have at least acknowledged the weakness of the melodramatic finale).

It just didn't work for me right from the start. I didn't find the central characters convincing and the whole thing had the feel of an improvisation workshop in drama school. Many people/reviews have commented on the 'truthfulness' of the film and the performances, but I found it all extremely contrived and not resembling any version of reality that I am familiar with. Just for good measure, I also disliked the look of the film, which is black-and-white-for-the-sake-of-it in the way that quirky indie films often are.

But, hey, everyone else seemed to like it, so it's probably safe to ignore my review.