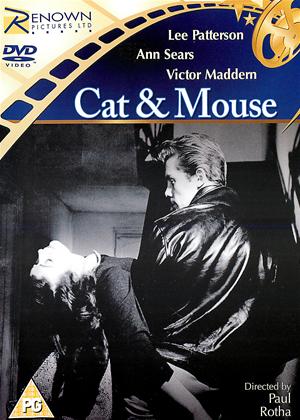 Sign up
Death Goes to School / Night of the Prowler

Sign up
Out of the Fog / Radio Cab Murder

Reviews (1) of Cat and Mouse

A Cheap Diamond. - Cat and Mouse review by NC

Ann Coltby is lured to an address on the other side of town, and so falls into the hands of a middle-aged nasty piece of work. Then, when she thinks she has accidentally killed him, into those of a mentally unstable G.I. deserter. Improbable enough, but then we have to believe it's all about some diamonds stolen by her father twenty years earlier, which no-one has bothered to try to find since. This is only the beginning of a series of coincidences and near-impossibilities which run through the film like a seam.

It's a shame because there is something of a decent effort buried beneath the usual fault-lines of a cheap B picture. Coltby finds herself held prisoner back in her own home, where a lot of the action takes place, giving a well-handled claustrophobic atmosphere. The dialogue is as wildly inconsistent as the G.I., but putting up with the worst means the reward of much better stuff as well (two scriptwriters?). Easily the best aspect of the film is the presence of Ann Sears. Given the tired, stock character traits she is presumably made to enact from the director, and some dire lines, to still pull off a performance like this requires real talent. How on Earth was she not better known?

More cock and bull than cat and mouse, if you can get past the pretty awful first 15/20 minutes you'll probably find yourself hooked.