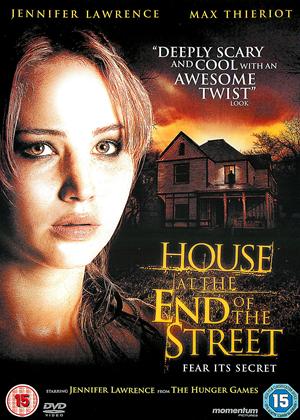 Rent other films like House at the End of the Street

Reviews (1) of House at the End of the Street

Just when you think you know ... - House at the End of the Street review by NP

At first, this seemed to be unfolding as a typical American teen thriller, with everyone you meet being bland and casually attractive. There are times when such films are perfectly entertaining, so I was inclined to continue watching.

Gradually, things became far more interesting than that, and then more interesting still. Just when the viewer is given every reason to believe they know where the plot is going, a twist occurs – and very skilfully, the story takes on a new and unexpected angle. When even that is absorbed, another new development hits out, and once again we have to adjust our expectations. Director Mark Tonderai – who has built up a fine resume since this film, including a couple of episodes of Doctor Who – and writers David Loucka and Jonathan Mostow really know how to manipulate audience expectation, and tease out the truth gradually and expertly. The players, including Jennifer Lawrence (Elissa) and Elisabeth Shue (Elissa’s mother, Sarah), are excellent and invest in their roles wonderfully, underplaying certain scenes and letting things rip when the opportunity arises – and it does!

Not that reviews really matter – mine less than most – but I was surprised to see that this film has received a less-than-stellar reputation in some quarters. Opinions vary as well they should, but I found this so very well done, that it amazed to me that more found it so difficult to enjoy. The twists are wonderful, and they don’t let up, even at the very end. There are reviews assuring us that ‘The House at the end of the Street’ is full of plot holes and doesn’t make sense. Well, as far as I could see, there are no real plot holes (we are teased to think one thing is happening, when the reality turns out to not be what we expect) and it does make sense (at least, within the ongoing instability of the villain). It’s as well to give this film your full attention.