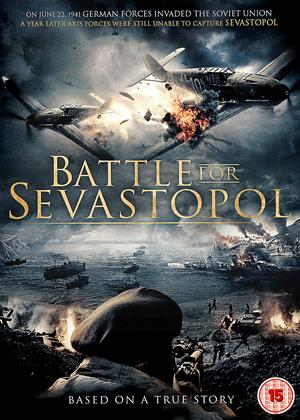 Reviews (1) of Battle for Sevastopol

Battle for Sevastopol is a 2015 biographical war film about Lyudmila Pavlichenko, a young Soviet woman who joined the Red Army to fight the Nazi invasion of the USSR during WWII. The movie revolves around the events of the siege of Odessa and the siege of Sevastopol. Against the backdrop of the war, the heroine gets involved romantically with various men.

L Pavlichenko became a very successful sniper, killing over 300 enemy soldiers during the war. She is one of the top Russian/ Soviet snipers of all times and, allegedly, the female sniper with the highest kill number of all times.

The movie is well-made in the Russian tradition. It is a good war movie and there is humour, here and there. There is, however, something a little bit predictable about the story (but it is in fact a true story...), which has, perhaps, more to do with the way the film is shot. It's hard to say what it is, but there is something that is missing, which could have turned what is a good war movie into an unforgettable war epic.

Also, living conditions in Stalin's USSR cannot have been as comfortable as shown in the film, I would have thought, more particularly when it comes to food supplies, which appear plentiful!

Still, it is a good film that I would recommend. And the central character was certainly an extraordinary person.