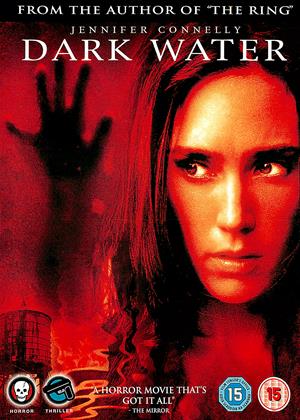 Having seen both Hideo Nakata's original Japanese version and now this Walter Salles' 2005 remake, for me the remake is the better film. Salles has taken the original story, filled in the plot holes and flaws, (of which there were plenty), and added credibility that was lacking in the original. The original Japanese 'Dark Water' was an awkward mix of part horror and part family drama, which didn't sit well together. This remake cleverly bypasses the horror aspect of the original by replacing horror with psychological stress. Focussing on the stresses and paranoia of everyday life, a recent divorce, a child's custody battle, problems at work, no contact with neighbours, and living in a low budget noisy apartment with wet ceiling which is ignored by a careless caretaker and building manager, are real issues an audience can relate to. Add to the mix psychological and supernatural twists, and the result is a tense and atmospheric film. Jennifer Connelly is superb, support from John.C Reilly, Tim Roth and Pete Postlethwaite is also first-rate, and acting of this calibre is something you rarely see in films within this genre. If you're expecting a horror film along the lines of 'The Ring' or 'The Grudge', with plenty of scares, then you're going to be disappointed. But if you want a slow paced, poignant drama-thriller with a subtle fear that slowly builds throughout, then 'Dark Water' is pretty enjoyable.

Disappointing sequel that misses what made the original Japanese film so memorable. The North American setting and family situation, lacks the atmosphere and menace. The special effects are overblown and lack that subtle haunting quality of the original.

The ending has also been dumbed down, almost to the point of being explained so s-l-o-w-l-y that makes it offensive. The one additional change at the end also proves to be a bad choice. At least you have a decent performance from Jennifer but little else.