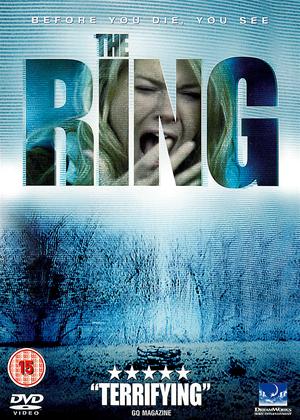 SCARY! - The Ring review by 'Mandy.C'

Having already seen the original Japanese 'Ringu' I pretty much though that I knew was going to happen all through the film, but I have to say I was absolutely on the edge of my seat! Ehren Kruger's English version screenplay faithfully recreates the original story, but also adds a little more character depth and a few new twists to keep fans of the Japanese original guessing. The story follows reporter Rachel Keller (Naomi Watts) on the trail of an urban legend about a cursed videotape. When her sixteen year old cousin drops dead, apparently a victim of the curse, Rachel is drawn into finding out the truth behind the mystery. A genuinely scary and thought provoking film, if you're a fan of psychological terror over blood and guts, then 'The Ring' is just the ticket.

This American remake of the Japanese original exceeds expectations. A ‘troubled kid’ always sends alarm bells ringing – often they are written and portrayed in such a precocious way that invites deep irritation rather than sympathy. Despite plenty of opportunities to exhibit such behaviour, young David Dorfman as Aiden mainly manages to avoid this. His mother Rachel (Naomi Watts) is actually less sympathetic than he is. She is an abrasive character who is very difficult to warm to.

Luckily, ‘The Ring’ also resists being a ‘teen’ movie, despite opening with two adolescent girls talking about ‘this videotape … that kills people’. Before long, as coincidence would have it, one of the girls has succumbed to that very curse.

Overall, this is a good, spooky remake of the 1998 film. It cultivates its own unique brand of horror. Often shot in cold colours, much use is made of creeping water, blurred photographs and the everyday city portrayed as an oppressive, menacing environment. While the idea of videotapes is suddenly archaic, it actually gives the oncoming horror a nostalgic, creepy feeling that, for example, a Blu-Ray just wouldn’t provide. The ‘subliminal’ imagery on the tape is also a very sinister, abstract series of events. You don’t know what it all means, but it certainly doesn’t look cheerful.

Gore Verbinski’s direction is very effective, building up a level of tension from less than obvious means. Views of tower-blocks, rain-swept streets and boxed-in people leading desolate lives help create an isolated world. Hans Zimmer’s wonderful musical score also promotes the notion of seclusion, with echoing piano minimalism, notes like raindrops. The central idea of Rachael hearing about a videotape that kills people, and then watching the tape and inviting Aiden’s father Noah (Martin Henderson) to watch it too, takes a lot of justification in logical terms and questions her intelligence. I’m not happy with the lack of explanation of this. Does she do this deliberately? In horror, stupid people do stupid things.

The impenetrable images on the tape are shadowed throughout the film, providing a certain, slowly unravelling degree of clarity. And yet it isn’t until the troubled Samara (Daveigh Chase) is mentioned, an adopted girl with deadly psychic abilities, who seems in spirit, to be responsible for the doings of the curse, do Aiden’s ‘troubles’ become clearer - he has a kind of kinship with her.

The standout scene, the moment the whole film has been leading up to, is a true classic horror moment. It’s more spectacular than the scene in the original, but more or less retains the intimacy of Samara’s singular mission: she’s coming for you. First out of image of the well, then – blurred and the image fracturing – towards the television screen; then, impossibly through the screen and into reality. It’s a blisteringly good moment of pure horror.