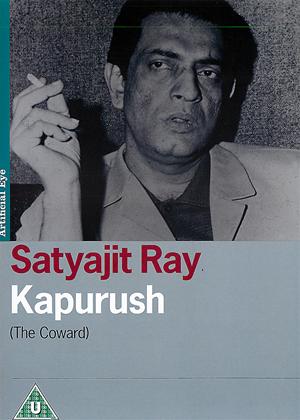 Satyajit Ray was a Bengali intellectual. his films are spoken in Bengali. they are in black and white and they predate Bollywood. they are full of social content, they deal with the plight of the little people. not a song or dance or technicolour in sight. on this behalf, because he was my friend, I want you to know that he would have been deeply offended. or maybe not, he would have laughed you off as ignorant and dis-informed. What is the need to reduce the world to a minimum denominator? India is huge, it has many languages and cultures and religions. Would you like people to put William Shakespeare in the same category as Barbara Cartland? probably not, or perhaps you do not know who these people are?

written more in sorrow than in anger...

An interrupted journey in a remote spot results in a meeting which brings back memories of a decision which changed lives. When it came to the crunch Amitabha Roy lacked the courage to commit to his girlfriend Karuna, and happiness becomes nothing but a ghost for not two, but three people. For Karuna is now married to Bimal, (probably arranged, though we are not definitely informed), and he too is now trapped in a loveless relationship, and no amount of wealth and luxuries can alter that as he obliterates his unhappiness in drink, fake joviality, and (if the trophies in the house are anything to go by) taking it out on the innocent wildlife.

Karuna also has her exit strategy: sleeping pills. In a key scene she gives some pills to Roy, instructing him to take "not more than two". When he says "What if I do", she responds - having first-hand knowledge of just how courageous he is - "I don't think you will". The pills take on extra significance in the superb final scene, which I won't spoil.

Three of Ray's regulars make up what is essentially a three-hander. Haradhan Bannerjee gives his usual fine performance as Bimal. Madhabi Mukherjee is one of those actresses who light up the screen. Immaculate - just contrast her married emotionless detachment with the scenes in flashback as her affection for Roy grows into love, and then the bitter realisation that his love is not strong enough. Soumitra Chatterjee is the weak link. His feeling seem forced and strained, something I haven't noticed in other films he's appeared in.

It's not one of Ray's masterpieces, but even his lesser films are better than the vast majority of other directors' finest achievements.