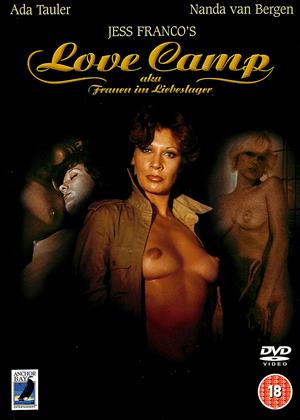 Synopsis:
A group of women are kidnapped by guerrillas and brought to a jungle brothel where they are forced to work as prostitutes for the soldiers. Those who refuse to cooperate are decapitated by the cruel, sadistic wardress of the camp, who is privately interested in some of the women herself. One day guerrilla leader Gino da Guerra, who came up with the idea of opening the brothel for his soldiers, visits the place in search of some fun with one of the "prisoners". However, he falls in love with her and tries to help her to escape. But he didn't take into account the sadistic wardress who has also developed an interest in the girl.....
Actors:
Nanda Van Bergen, Ada Tauler, Monica Swinn, Esther Studer, Brigitte Meyer, Wal Davis, Monika Kälin, Ingrid Kehr, Miriam Foster, Karl Gysling, Roman Huber
Directors:
Jesús Franco
Writers:
Erwin C. Dietrich
Aka:
Frauen im Liebeslager
Studio:
Anchor Bay
Genres:
Action & Adventure, Drama, Thrillers
Countries:
Switzerland, Action & Adventure, Drama, Thrillers

Not released
The Fruits of Passion

Alongside producer Erwin C Dietrich (who also wrote this), with whom he directed many films from this era, Jess Franco brings us ‘Love Camp’, or ‘Frauen im Liebeslager’ as it was originally known. Part of a ‘women in prison’ series, this involves a group of women from all walks of life, at best only partially clothed, who are kidnapped and taken to an isolated jungle encampment in order to satisfy a group of revolutionaries when they are not otherwise engaged. The chief warder Isla (Nanda Van Bergen) is, as you may imagine, a glamorous and sadistic lesbian, with whose advances the kidnapped girls also have to contend.

As often is the case with Dietrich/Franco collaborations, the locations are beautiful (although we are not given any idea where this is supposed to be set) and this appears to be funded with a decent budget. Franco, so fond throughout the 70s of frantic camera movements and intrusive zooms, seems happy to set up a heady mix of torture and/or sex scenes and simply let the lens capture the action. Although the various predicaments are horrific, they are treated in a very casual, somewhat tame manner and accompanied by cheerful, even romantic, jazz music which helps make the very tone of the film disturbing in a way that ‘of its time’ doesn’t really cover. This, and the fact that there is a compliance, even enjoyment, between many of the women and their captors, fits in very well with the perceived popular view at the time that, on film and television, women are often ‘mad for it.’ Not for me to judge, and who cares what I think anyway? Not me.

Of course, you wouldn’t expect any background on any of the girls or revolutionaries, and the dubbing – decent though it is – robs us of much in the way of character. People here are really cyphers, boobs and bottoms you might say, paraded and presented in the way that exploitation films do – and it would be pointless and unnecessary of me to offer criticism of that. I wouldn’t, after all, criticise a wildlife documentary for containing wildlife.

There is a twisted romance story at play here, between Angela (Ada Tauler), guerrilla Chico (Wal Davis) and Alberto, Angela’s husband, which proves very interesting. And yet what we have here is not the best example of its kind. It comes across as a kind of bawdy, unconvincingly choreographed ‘Confessions’ film, and the desperate situation that could be wrung out of this comes across as a rough template for soft-core pornography.