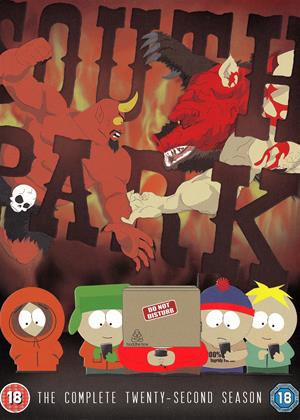 The 22nd season of South Park may seem as though it was turning some leaf with its new format of serialization. This may seem most apparent with their revisiting of Al Gore and his Man Bear Pig conspiracy. The original episode debuted soon after Gore’s film An Inconvenient Truth stressed the disastrous effects of climate change. South Park mocked climate change by comparing Gore’s obsession with the subject to a mythical monster by the name of Man Bear Pig. The return of Man Bear Pig argues the opposite, with the South Park kid protagonists admitting they were wrong while Man Bear Pig goes on a murderous rampage. It is essentially South Park’s creators of Matt & Trey admitting they were wrong about climate change and that it’s a very serious thing now.

Series 22 takes aim at a few pop culture issues that linger a little longer than usual. The premiere episode focuses on school shootings and doesn’t end by the time the credits roll. After so many school shootings in the United States, this aspect has become so commonplace that the creators literally treat the sounds of gunfire and screaming as background noise for an establishing shot of the school. There are other aspects of cancel culture, cannabis culture, and Amazon’s unethical business practices. In the case of Man Bear Pig and Amazon, these topics are given more breathing room when presented in the form of two-parters.

There’s an uncomfortable nature in how South Park pokes fun at these aspects yet feels lacking in a meaningful punch or resolve. Consider how on-the-nose the Man Bear Pig saga concludes with the bluntness of the previous generation admitting they screwed up. Telling, sure, but what led this generation to such a dismal result for future generations? At that point, the show retreats into its fantastical theatrics and, even when seeming to condemn the previous generation, somehow lets them off the hook by saying they were dumb. No lesson is learned about how to beat back on climate change/Man Bear Pig but, uh, yeah, those Boomers sure screwed us, right? Nothing we can do about it, huh? This is more or less the result of the Amazon story as well, highlighting on how one corporation controls so much and grants an unhealthy amount of power in dominating lives. Of course, Jeff Bezos is not portrayed as Bezos but a villain from old-school Star Trek that may just go over some younger audience’s heads.

While there are glimpses of simpler stories present during this season, most of the season is business as usual with the majority of the humor being more referncial than amusing in its own right. In many cases it’s posed as a Where’s Waldo of pop culture and other times it’s a more obvious picture book, as when Cartman directly questions Black Panther and fears he is racist. This assembly remains strange considering the show seems to prop up a soapbox, but whenever maneuvering itself to make that “I learned something today” speech, it merely farts away its potential. While the less preachy nature may be more welcoming than the more brazen previous seasons, it just goes to show low the show’s social insight goes.

South Park has changed a bit here and there with this season but it remains as scattershot as it’s been for the longest time. Even with the presence of two-parters, serialization, and admittance to being wrong, the one-week turnaround on episodes becomes even more apparent with rushed scripts and tepid thoughts, grounded more in the immediate that is doomed to age about as well as the Man Bear Pig episode.