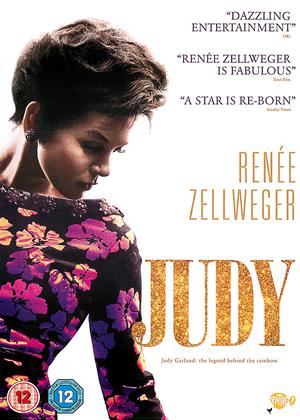 Synopsis:
Winter 1968, and showbiz legend Judy Garland arrives in swinging London to perform in a sell-out run at The Talk of the Town. It is 30 years since she shot to global stardom in The Wizard of Oz, but if her voice has weakened, its dramatic intensity has only grown. As she prepares for the show, battles with management, charms musicians, and reminisces with friends and adoring fans, her wit and warmth shine through. Even her dreams of romance seem undimmed as she embarks on a courtship with Mickey Deans (Finn Wittrock), her soon-to-be fifth husband. And yet Judy (Renée Zellweger) is fragile.
After working for 45 of her 47 years, she is exhausted: haunted by memories of a childhood lost to Hollywood, and gripped by a desire to be back home with her kids. Will she have the strength to go on? Featuring some of her best-known songs, the film celebrates the voice, the capacity for love and the sheer pizzazz of "the world's greatest entertainer".
Actors:
Renée Zellweger, Jessie Buckley, Finn Wittrock, Rufus Sewell, Michael Gambon, Richard Cordery, Royce Pierreson, Darci Shaw, Andy Nyman, Daniel Cerqueira, Bella Ramsey, Lewin Lloyd, Tom Durant Pritchard, John Dagleish, Adrian Lukis, Gemma-Leah Devereux, Gus Barry, Jodie McNee, Gus Brown, Matt Nalton
Directors:
Rupert Goold
Producers:
David Livingstone
Writers:
Tom Edge, Peter Quilter
Others:
Jeremy Woodhead, Jany Temime
Studio:
Pathe
Genres:
Drama, Music & Musicals, Romance
Awards:

Over the Rainbow - Judy review by JD

Was captivated by this very well produced movie.

Judy Garland was never my favourite diva, but Renee Zellweger is excellent with her portrait  of the fading star.

Supporting cast are also very good, with the lovely Jessie Buckley a stand out.

1960’s London and the Talk of the Town feature as interesting locations and the music ( and Renee’s singing ) are excellent.

Well worth a look.

Really gets to the heart of why Judy was such a mess. This is a really good movie and Rene deserves her recent Oscar for this role. Loved revisiting the Talk of the Town as I remembered my visit their in years past! Well worth a watch.

Worth watching for Rene Z, but not the film for me.... worrying to see how Judy was treated as a child

Renee can get the dress size to suit! - Judy review by NC

Amazing slim down by Renee. Looks a lot like the diva as well, but never really get into empathy with the failing Judy. Most of the pouty thing is basic Renee.......expect Hugh Grant to appear at any moment!

Hollywood has a thing about doing the dress and body change thing to get recognised/oscarable film. Bale as Chaney in Vice..........weight the other way, very clever, but, unless a US politics follower, a bit boring.....except for Rockwell stealing it as Bush............

Curates Egg of a Film - Judy review by AA

Very Good in parts, but at other times stretching it to fill the film out.  Cast very good with a tour de force performance from Renee Zellweger, wonderfully support by Jessie Buckley in particular!

I am not quite sure what all the fuss was about or why this film was deemed Oscar-worthy. Zellweger made the usual Zellweger faces and the film as a whole focussed on a very limited, and depressing, part of Judy's life. What was missing was a narrative which explained the descent from stardom to disaster. The brief glimpses of her early years as a child-star implied too facile an explanation for the grimness into which Judy descended.

Yes I liked this film, and would recommend it, the costumes and sets were very evocative, all the actors well cast.

It portrayed the particular problems for female solo artists and the wrenchingly unfair choices that had to be made.

The singing was great, though I would have liked more - maybe that's the point - to encourage us to listen to her music.

I think Renee Zellweger nailed the role. She achieved the look, the voice and the way Judy Garland moved her body, turned her head, used her arms. I was amazed and delighted to learn that Renee Zellweger did her own singing. She transformed her body for the role (thin to the point of gaunt) as she has for other roles. I was in NYC when Judy Garland died and it felt as if the entire city was mourning. I thought the movie was very well done. Wouldn’t change a thing.

I loved the film. I was disappointed that it was just a side of Judy's life, I would have liked more. The film is realistic, emotional, intriguing. It makes you wish you would talk for Judy because she was often wrong but was it her fault? Well filmed, well directed, everything was perfect.

Not quite Wizard - Judy review by SW

Why didn't this film excite or move me as much as i expected it too? The components are all there - an excellent central performance and a very sad story but something was for me missing. I think compared to other bio films Judy never really got into the skin of its central character. It never really explains why and how she became such an emotional mess - yes we see her being forced to take drugs but we never see what drove her to be like the messed up figure she became.

The minor characters in the film are sketchy - there are a couple of gay fans, a new husband and an personal organiser but they don't do much or illuminate Judy's character.

Its not a bad film - it couldn't be - but I expected more.