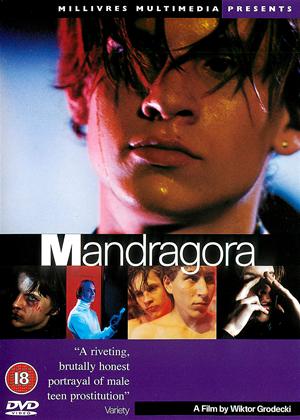 Synopsis:
A 16-year-old boy with an angelic face and a freshly stolen jacket arrives at the main train station in Prague. He's immediately spotted by a man named Honza, who asks him if he wants to earn some quick cash. The boy is too naïve to realise that he's being set up as a prostitute. Honza drugs him and delivers him to his first trick. The boy wakes in the room of a homosexual client who has just had sex with him. Shaken, he takes his payment from the man and returns to the train station where Honza demands his cut. Other hustlers spot the boy as a new kid in town and demand taxes from him. He can't pay, so they beat him up. When Honza sets up a second client, the boy goes along with it.
It has taken only a few hours to make a prostitute of this boy...
Actors:
Miroslav Caslavka, David Svec, Pavel Skrípal, Kostas Zerdolaglu, Miroslav Breu, Jirí Kodes, Karel Polisenský, Richard Toth, Jiri Pachman, Pavel Kocí, Jitka Smutná, Jirí Kaftan, Bretislav Farský, Michell Turchetti, Tomas Petrak, Pavel Weisser, Michael Fait, Steve Fisher, Pavel Fuchman, Michael Halstead
Directors:
Wiktor Grodecki
Writers:
Wiktor Grodecki, David Svec
Studio:
Millivres Multimedia
Genres:
Drama, Lesbian & Gay
Countries:
Czech Republic, Drama, Lesbian & Gay

Marek has left his village for Prague - he's a naive teenage boy; it seems VERY naive, but he soon learns a lesson about living on his own in a big city, where you shouldn't expect help from anyone, but only abuse and degradation. The film is based on true stories from boys, so it's apparently semidocumentary, although it seems astonishingly that a teenager can be so naive, but OK this is in the 90's in the Czech Rep. Be prepared for some tough stuff when the boys have to do their business with some perverts.

A must see film. - Mandragora review by sc

Whilst many people, especially men, prefer to bury their heads in the sand, its a known fact that 25% of all users of prostitutes in the UK are seeing male prostitutes. Whilst misandry would prefer to keep the notion of victim hood a female issue, this film provides a very hard hitting and true to life depiction of the reality that these boys experience.

With some shocking scenes of upper class objectification and the notion that money can buy a person, to extreme violence and drug taking. This film provides a hard hitting wake up call for those interested in the B side of life. The side of life people choose to ignore.

Not for the faint hearted, there are scenes that I personally found to be sick and disturbing. Especially the depiction of the young. But the film provides an insight into the lives of the exploited boys. Set in the 1990s as the former eastern block countries re-establish themselves, this film depicts something that is going on in all major cities to this day. Often glossed over and contrary to the modern gay world with is endless depictions of male sex work being nothing but a lifestyle choice and indeed, the move into pornography as an ideal alternative to regular lifestyles, the notion of fame and recognition from such work veils the reality and consequences that many people experience post prostitution.

Check out some of the documentaries produced by Wiktor Grodecki for further insight into this subject.

This film is a raw depictation of the dark and sick world of prostitution and how young and vulnerable children are getting caught up in this twisted world. The film caught have been shorter and would've had the same dramatic impact.