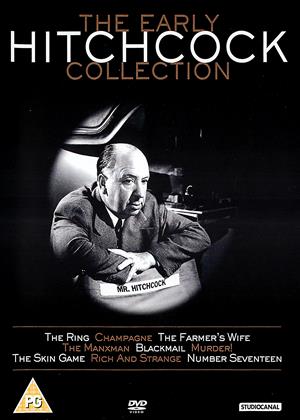 This is a silent screwball comedy about a feckless it-girl, an American abroad in Paris, who is taught a lesson by her rich dad who pretends to have lost the lot on the stock exchange, so she has to get a job!

Hitch might not quite have the Lubitsch touch, but it is pleasant enough frou-frou with a couple of real laughs.

The big weakness of the film is the lead, the ex-revue performer Betty Balfour, who was only 25 but already looked a bit matronly for the role and lacks the charisma of Clara Bow who was making these sorts of films in Hollywood. Gordon Harker takes the honours as her father, a Wall Street high roller. Not the sort of part he played after the coming of sound!

The Master of Suspense was seen by British International Pictures as a comedy director and they were refusing to allow Hitch to develop his own ideas and style. There is little visual élan. The best is  a point of view shot of a couple of tango dancers seen through a glass of... champagne.   Something had to give.