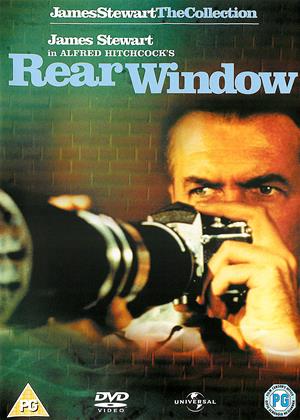 When the heat is on. - Rear Window review by CP Customer

An excellent film which is both funny and exciting, with excellent performances from James Stewart and Grace Kelly.

The colour is a bit weird. I don't know how they did colour in 1954 but everyone has mesmerisingly blue eyes. Some of it is a bit dated the stunt for example of falling looks very staged. Most is absolutely awesome, the direction (Hitchcock what more can you say), and the plot. The acting is definitely 50's style, sort of twee and theatrical but not bad in a light hearted drama, James Stewart varies. His comedy (trying to scratch inside a plaster of paris) is very average, his ability to convey the sense of frustration of an ambitious man stuck indoors, is spot on.

Hitchcock at his best - Rear Window review by CB

It's all filmed on one set with the hero's bed - he's laid up with a broken leg - front and centre. He's a photographer and apartment bound so the action comes from the invalids various visitors. There's a murder, of course, but it is by no means a routine murder story.

It's 20+ years since I last watched it but it hasn't aged a bit. Sure, the hero's camera I an ancient manual thing, and the all-important flash bulbs are ancient too, but so what?

It's been fully restored. If you haven't seen it, it will keep you on the edge of your seat. The late, great Grace Kelly is a definitive bonus for the men and her AMAZING dress collection is a bonus for the women.