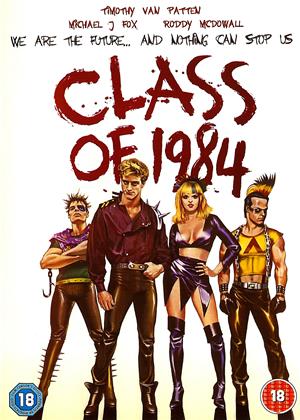 This is a fictional film about an '80s high school with lots of issues...underachievers, delinquents, odd people etc.

The film is really about a decent music teacher doing his best in the face of huge adversity at the hands of a teenage gang who want to run the school with pretty violent means.

Rather than give-in the teacher rises to the challenge and it gets quite tense then builds to an ultimate crescendo when the teacher has had enough and takes the fight single handedly to the gang members one by one.

It is a good film which has some of the usual American 80s teen vibes and soundtrack but then takes it up to an 18 certificate and more like a horror film by the end.

It feels a bit low-budget at times in the way it was produced but the characters are really strongly acted and strangely it feels right because some 80s horror films look similar so it oddly it adds to the 80s horror suspense.

Overall not bad at all and it had me thinking back to it a few days later as although it is a fiction, some schools in UK are probably not far off this dystopia 40ish years on...