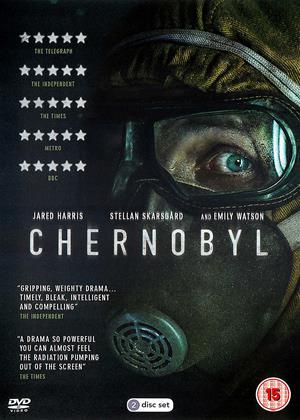 I've been an avid lover of Chernobyl documentaries for years, seeing recreations, photos, playing video games featuring Pripyat and have a pretty good knowledge of what went on. This series was simply outstanding at building on the info they had but actually planting the viewer into the situation, giving you an incredible insight into just what it would have been like at the time.

Documentaries don't have that quality a TV drama has. The suspense, the fear, the unknowing, the confusion and sacrifices of the people involved are captured beautifully. It's all in English (as it would be difficult to watch all in subtitles), wonderful cinematography. It focuses purely on what happened without the usual political correctness and casting characters the opposite of reality just for inclusion points. It's raw.

As for technical accuracy, it seems overall to be pretty accurate, I have no doubt scenes have been made up for the storyline to flow and maybe some scientists would take issue with minute aspects but for me, a solid 5/5 for expanding my interest in Chernobyl by slamming me into the heart of it over 5 episodes.

This terrifying, gripping account of the nuclear disaster in Ukraine in 1986 is presented in astonishingly convincing detail. Jared Harris is the star. He gives a beautifully spoken, understated performance as the nuclear scientist who sees through the tangle of lies and bureaucratic incompetence surrounding the catastrophe and ultimately pays the highest price for his honesty. The human sacrifice - firefighters, miners, soldiers - conscripted to prevent a complete meltdown is jaw-dropping. This is easily the most extraordinary film of the year.

Chernobyl is a compelling dramatisation of the accidental explosion at the nuclear reactor at Chernobyl. Gripping, informative and astonishing, the portrayal of the potential global disaster is brilliantly written, acted and produced. Anyone watching it is drawn in to the horror, shock and realisation of how close Europe came to an apocalyptic incident in recent times. The series's depiction of the Soviet political situation and life in general under a communist regime is gritty and realistic and "Chernobyl" captures not only the folly, all encompassing state control and fear but also the stoicism, pragmatism and heroism of people despite that. Frighteningly accurate in its historical detail, with some minor exceptions, the drama is engaging and frightening and keeps the viewer uncertain of the eventual outcome of disaster containment. Absolutely brilliant and thoroughly deserving of its recent accolades and acclaim.

I remember this happening when doing my A levels and even remember having a dream that a big grey cloud was heading to the UK from the Chernobyl! Remember that even sheep on Welsh hills were affected by this awful radiation.

It's all very tense and I think accurate, with some great acting and scenes. Some horrific scenes of radiation burns. I watched this in 2 sessions as even though I am not squeamish, it was all just to grey and heavy and gruesomely depressing at times to watch in one go.

Some very brave men portrayed here. Thank goodness the BBC pc machine did not get its diversity-worshipping hands on this story first.

A good retelling of the incident. I realize some liberties were taken with some of the characters, but it still holds true.

Despite everyone in the Russian nuclear system knowing that their Nuclear power plants weren't up to safety standards, they turned their heads away and ignored the proper advice until the disaster that was predicted, actually happened. Many 100,000's of people died because of it. Sound familiar????

This is a really well done, completely engaging and utterly scary mini-series that has been rightly lauded. Worth hiring out from CP  but sometimes is very difficult to watch in some places

I kept being told to watch this by people who know me as they said it would be right up my street.

My first issue is with the poor attempts at a Ukraine accent from most of the cast.

2nd this seemed more about the political fall out and less about the incident itself.

Watched to the end but I feel like I've either watched a different show or maybe my expectations were too high.

This is the best mini-series I've seen in years. I learnt a lot which is always a plus. Great acting that really brings home the realities of the suffering. Watching it evoked so many emotions including anger and frustration at and with the regime. The elite really did cause it even if there were some operator error. In the end the politics got in the way of everything before, during, and after the tragedy.

A Dark Horror that Happened - Chernobyl review by DM

If you're looking for light entertainment you can probably tell by the title that this isn't for you. Chernobyl captures the grim reality of the nuclear disaster in the former USSR and the layer upon layer of attempts to cover the full magnitude of it's impact. This is a real life horror story, disturbing, discombobulating and distressing. The cinematography is superb in capturing the bleak reality of the time, grey being the dominant shade of the series in tone and hue. The sacrifice given by firefighters, miners and soldiers given knowingly or unknowingly is moving in the extreme. Strongly recommended.

Couldn't take my eyes off it. Intense and at times a traumatising experience; even knocks GOT of its perch. A true story is always more impactive as script writers cannot just drop things in to liven things up however contrived it comes across.

We all know the basic story but the humanising of it draws the viewer in and makes it a hard watch, particularly the injury detail to those exposed to the full force of the radiation. Sickening.

You have to see this series, drama doesn't come any better.