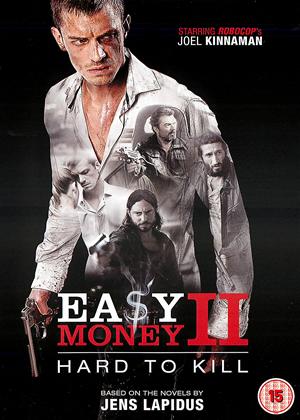 Synopsis:
JW (Joel Kinnaman), once a promising business student amongst the Stockholm elite, is now serving hard time in prison and wants to get back on an honest path. While inside, he has made peace with his old enemy and has a plan on how to turn his life around with a new piece of trading software he has developed and the promise of venture capitalist investment. When he is granted leave from prison, JW realises that his hopes of a straight life are a delusion - once you've walked in the shoes of a criminal there just may be no going back. Again he finds himself drawn into the underworld with new enemies as well as old to overcome in his pursuit of success. But this will come at great cost.
Actors:
Joel Kinnaman, Matias Varela, Dragomir Mrsic, Fares Fares, Madeleine Martin, Dejan Cukic, Joel Spira, Lisa Henni, Ricardo Marceliono Araneda Moreno, Luis Cifuentes, Fabian Bolin, Annika Ryberg Whittembury, Lea Stojanov, Prvoslav Gane Dzakovic, Cedomir Djordjevic, Stanko Sasha Dzakovic, Oliver Krstic, Sasa Petrovic, Hamdisa Causevic, Rolf Jenner
Directors:
Babak Najafi
Producers:
Fredrik Wikström
Writers:
Maria Karlsson, Peter Birro
Aka:
Snabba Cash 2
Studio:
Icon
Genres:
Action & Adventure, Thrillers
Countries:
Sweden, Action & Adventure, Thrillers

Rent other films like Easy Money: Hard to Kill

If you’re drawn to check this out because it was directed by Babak Najafi prior to London Has Fallen, you’re in for a major disappointment. It’s about drugs and low-life criminals in Stockholm and is as dismal as it sounds. It’s a sequel to an execrable original directed in shakycam style by Daniel Esposito, and Najafi has the same awful characters and dire material to work with. Don’t bother.

I didn’t know going in that Easy Money: Hard to Kill is a sequel, that it builds its story around the previous instalment in the series 2010’s Easy Money. When it finally dawned on me that this wasn’t a stand alone picture I realized that the films opening just doesn't work unless you have seen the previous feature and while I did sit through the films first 20 minutes I can honestly say its hard to comprehend what anyone in the film is talking about for them unless you have prior knowledge of the series.

The film follows Johan (Joel Kinnaman), a young man who is serving a sentence in a Swedish prison following the events of the previous film. However when he is released for the weekend he finds himself presented with the same triggers that set him down a dark path in the past. While he tries to face these demons head on he must also learn that some things you can’t run from and to get your own kind of justice you might just have to fight back.

Despite the unpleasant opening, Hard to Kill is a unique crime film as it doesn’t spend its time building up the crimes that take place. It doesn’t even concentrate on them while they are taking place. The film is more interested in showing how these events and choices guide people to become who they are. Johan’s choices find him in a precarious position as he becomes an important anti-hero, a man with plenty of empathy but more than enough hatred to counterbalance it with.

The direction is choppy and at times slightly confusing but it gives the film a sense of unease, it makes you contemplate what is happening and the idea that the choices being made aren’t being made lightly. The unsteady filming style highlights the lack of conviction Johan has in his decisions, something each and every one of us can understand.

Ultimately though the film lacks a clear story as it takes almost half the run time to remove Johan from the shackles of prison and turning over a new leaf to reveal the new Johan. While the film builds towards its finale the ending is flat and unimpressive as the parts fit into place but never really amaze in the way they are supposed to leaving a film that doesn’t work without its predecessor and doesn’t really come together in the way a sequel should.