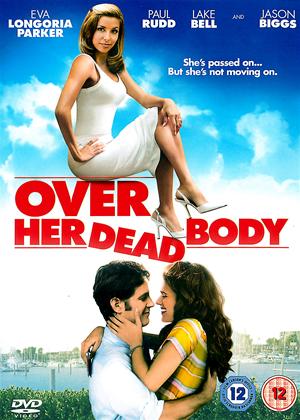 Reviews (1) of Over Her Dead Body

Initially, I did not know what to expect of this film as I have never been a Desperate Housewives fan and was dubious of Eva Longoria Parker in the lead role about a bride to be killed on her wedding day by an ice sculpture!

The plot is a light weight comedy romance with the ghost of Kate (Eva Longoria Parker) trying to sabotage a budding romance between her fiance, Henry (Paul Rudd) and psychic, Ashley (Lake Bell). Kate is under the misguided notion that she is protecting Henry by sabotaging the relationship. She finally realises her destiny is to let go of Henry and to let him be happy.

Turned out to be a 'good laugh'. The role of the deceased bride to be was well played by Eva Longoria Parker and I didn't find myself thinking "oh, that's her off the telly". The other two leading characters, played by Paul Rudd and Lake Bell, were also really funny and likeable. Jason Biggs was very good in the supporting role of Ashley's (Lake Bell) 'gay' co-worker.

Don't watch this expecting Mona Lisa or War and Peace. This film does exactly what it says on the tin. Good for girlie night in with a bottle of Shiraz or whatever tickles your fancy!