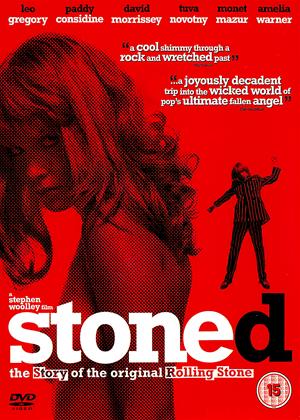 Sign up
The First Day of the Rest of Your Life

Yeah we get it Brian Jones liked drugs.

This film could have been so much more.

Characters just plodded along in a rather limited script.

You never really get to see other characters develop around Brian Jones, and their reactions to his self-destruction.

A rather sobering view of life as it was for famous and or other lost souls in the 60's and their addiction and it's life destroying effect. Another review mentioned that the movie lacked because it did not encompass more people around Jones, but to be fair, the entrapment and resulting self-destruction, sometimes resulting in death of an addict was "very isolating", a very alone experience once the short lived glitz and glamour of that lifestyle had vanished and people around you started keeping their distance. It came across to me as a rather stark presentation of a curse (drug addiction) that at times lead to great creativity while at the same time ate away at the lives of the poor subject. True or not at least in this world of free speech it is a plausible presentation of the early involvement of a founder member of the worlds greatest rock band ever.

this was one of the best fact based storys i've watched it really told the story of his life and death. the only thing that disapointed me was i thought there would be more about his time with the rolling stones.apart from that it was brillient.

Oh this was just awful.

I'm a big fan of music, just music in general..... I always get sucked into these things though.

Basing this story on 'Alleged' events (With no reference to 'Alleged' in the credits).

It was just awful.

This film makes 'The boat that rocked' look like a work of almost Welles-ian quality.

Watch it and you'll expect to see the usual: Actors that have zero resemblance to their real-life counterparts, a style-over-substance dialogue where everyone in the country seems to speak like Downer ingesting dope fiends....oh, you know....... It's all very 'Austin Powers' but not meant to be funny.

It actually doesn't manage to tell us much that we don't already know. Brian Jones was a genius. Extremely flawed but a genius nonetheless - but even this doesn't come across. We just see the variably kind, variably petulant Jones that doesn't fully explain or describe his character.

Poor Paddy.... a fine fine actor - and the only one that comes out of this sad excuse for a movie with any semblance of pride intact.

The female characters are pretty much reduced to mumbling a few lines whilst parading around nude/semi-nude.........whilst the final few minutes add unproven 'controversy' to the story.

This ending has never been proven and, if the premise of the film was to expand on this theory, then it seemed a rushed and cowardly way to end. Y'know, "Oh, by the way......." Drop the bomb and run.