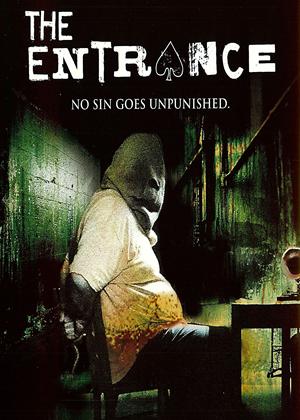 Synopsis:
In the early 1660's exorcist Father Sebastian Michealis told of a possessed nun, Sister Madeline. The demon possessing Madeline revealed itself as a fallen angel, a punisher of sinners and a tempter of the innocent. Four hundred years later, drug dealer Ryan James is kidnapped and imprisoned in a room full of men with terrible secrets who are forced to play frightening games of chance in exchange for their lives. Ryan escapes but not before the demon gives him a horrendous task to complete to save his own life. Now fearful and very shaken, he desperately seeks help from police detective Jan Porhowski.
However, as the two become drawn further into the bizarre case, Pohorowski realises that the life at stake is actually her own.
Actors:
Sarah-Jane Redmond, Michael Eklund, Ron Sauvé, Jerry Wasserman, Frank Cassini, Colin Cunningham, Bernard Cuffling, Hiro Kanagawa, C. Ernst Harth, Taja Lee, Zoltan Barabas, Daryl Bennett, Siobhan McCarthy, Joel Wirkkunen, Lauren Littleton
Directors:
Damon Vignale
Writers:
Damon Vignale
Studio:
DNA Films
Genres:
Horror
Countries:
Canada

Reviews (1) of The Entrance

Directed with assurance by writer Damon Vignale, ‘The Entrance’ is a true gem. To review it in any way, it is unavoidable to include some spoilers which will affect your enjoyment!

Ryan James (Michael Eklund), drug dealer, is alone and afraid in a multi-storey car-park. With the aid of the Janitor (Ron Sauvé), he flees. He is interviewed by Detective Porhowski (Sarah-Jane Redmond), who explains he has been kidnapped with four others. The others have been killed, all of them having dark secrets (rapist, child abuser etc). Porhowski, meanwhile, is considering quitting the police force to work with her businessman father (Bernard Cuffling).

Driving home, the detective is held at gunpoint by an escaped James who explains he had been set free by ‘the Janitor’ only if he provides another life to take – and Porhowski will be his replacement. Soon, she is in the thrall of the possessed Janitor and the Devil (one assumes), where they try to convince her to shoot the man who raped her six years before. It seems she needs to have a dark secret of her own to join them. She resists.

Later, she is once more confronted by Ryan James, now possessed by the same spirit that inhabited the Janitor (revealed by the passing on a circular tattoo on the hand). It seems James has caused her father to succumb to a fatal heart attack. As the spirit within James laughs hysterically, Porhowski aims her gun at him, seemingly intent on killing him.

This is where the story ends. My take is that the action of her shooting James would provide the spirit with the means of possessing or recruiting her to his minions. The whole production is left beautifully open ended in a way that is purely open to speculation.

Made on a low budget, ‘The Entrance’ is compelling, a series of twists and turns every step of the way. Some are explained, some left deliberately vague. The cast are superb throughout, especially Redmond. It has a similarity to parts of the ‘Saw’ franchise, but is a superior horror/thriller in its own right, and strongly recommended.