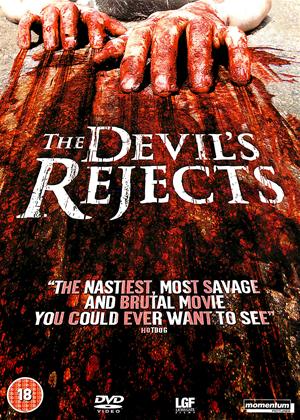 Reviews (2) of The Devil's Rejects

A solid enough film, though a little disappointing. - The Devil's Rejects review by CP Customer

While Rob Zombie's debut, 'The House Of 1000 Corpses', was an instant horror classic, I have to admit to finding his second film is a little disappointing. While Zombie really seems to have found his own unique style as a director, especially some very clever cinematography which slows scenes of real action down to mere snapshots set to music, which in turn makes the action seem more intense; the overall the story is weak, unfocused and a little disjoined. And whereas 'The House Of 1000 Corpses' was a brilliant homage to the 'gridhouse' genre of the 70's horror films, 'The Devils Rejects' is more of a violent revenge thriller basically continuing where the last film ended, with the majority of the story dominated by three members of the 'Firefly' family on the run from the local sheriff. Overall, it's a pretty decent film, not as good as its predecessor, but still head and shoulders above other horror thrillers of recent times.

The mad bad family from House of a 1000 corpses are on the run. Nick named The Devil's Rejects by the media, the family are forced to flee their residence after the local police finally catch up too them.

Needless to say they leave a wake of chaos and mangled bodies behind them as they flee, and eventually come face to face with the law. But here we see that the family are not the only monsters on the loose. To say the mandate given the local sheriff is a little extreme is an understatement. He also enlists the help of two local bounty hunters (one played by former WWE and WCW wrestler, Diamond Dallas Page) the scene is set for a potentially bloody showdown.

Rob Zombie's directing style improves with each film and whilst I found House a little disjointed, this one flows at an even pace and delivers the shocks with all the subtlety of an ice pick in the head. By the time we get to his remake of Halloween we see that Rob is a fair director to say the least. This is not as good as Halloween (I dare say that his remake of Carpenter's film is BETTER than the original) but the way things are going Zombie could find himself mentioned in the same breath as Landis, Carpenter and other horror directors. Rumour has it his next project however, could be a sci fi or even a fantasy film, he's also been vaguely linked to a film treatment of comic book The Coven (top cow). Mister Zombie is a director on the rise....