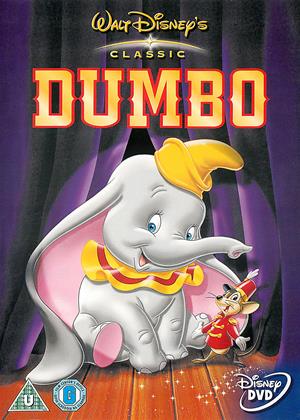 When I went to Disneyland paris, Dumbo the Flying Elephant was a ride I had no real interest in, but found myself surprisingly enjoying. And weirdly, the move it’s based on, Dumbo, has had pretty much the same affect on me.

There are two ESPECIALLY great scenes in this movie! Firstly, there’s the “Baby Mine” scene, where Dumbo and his mother are sharing what they believe to be their last experience together, even though they can’t see one other being on opposite sides of the wall. Not only is she locked up unjustly for just trying to defend her son from being bullied, but this scene captures the pure love between a parent and their child. He doesn’t need to earn anything, or help her escape or do anything grand. She loves him unconditionally, just the way he is, and makes sure her goodbye to him is a lasting one. By word, this scene really tugged at my heartstrings!

The other is the Elephants on Parade, when Dumbo and Timothy accidentally get drunk ad hallucinate the pink elephants. Whilst this scene doesn’t add anything to the story, what this brings to the table is an abundance of creativity. The animators must have had a ton of fun storyboarding the weird and wonderful ways one moment merges into the other with this scene, and the colour palette is beautifully illumines. It’s exactly what’s needed after such a sad moment between Dumbo and his mother.

There are two small problems that i have with the movie. One is that despite the pink elephant sequence, the animation does feel rather more basic than the previous films. It does its job alright and is certainly creative, but it doesn’t quite feel as smooth in the same way Pinocchio did. And, I will say I wish I saw more of Dumbo attempting to fly, because it’s something that only a part of the plot in the last third.

With that said, I was pleasantly surprised by Dumbo. I acknowledge it’s far from being their deepest or smartest movie, or even their prettiest. But, for a movie I was expecting just to be overly cute and silly, it did leave a bigger impact on me than I was expecting! It’s far from perfect, but for me, Dumbo soars way higher than what's expected!