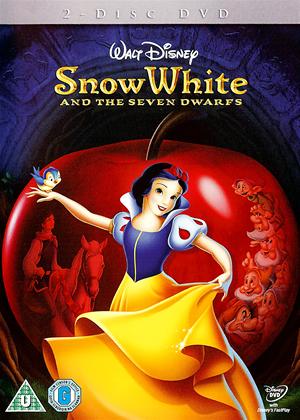 Rent other films like Snow White and the Seven Dwarfs

Reviews (2) of Snow White and the Seven Dwarfs

Guess the reason this film has no reviews is because it'd be like reviewing the Bible. But if for some quirk of fate you or your children have not seen this Disney classic, do not miss it. It is rightly regarded as one of the best films of all times and it was worth every effort restoring the damaged original. Keep trying to remember it was released in 1937; it still looks fantastic.

Okay, I'll start my review with the bit I didn't enjoy. The first third of this movie was just boring... really, really boring! The characters don't get a real proper introduction in this film, the just kind of show up and go straight into their respective roles. There are some nice bits like how the woods seem to be alive as Snow White runs away, but mostly it's just snappiness and lacklustre horror.

That is until the dwarfs make their sudden appearance in the film. These guys are what make the movie as timeless as it is; they're all lovable, instantly memorable, animated brilliantly, designed well, and full of the personality the rest of the characters lack. Grumpy seemed especially intriguing as he starts off living to his name, but as time goes on allows his softer side to seep through. It's actually rather charming.

Snow White also gets to be more interesting as time goes on too. Granted, she is definitely weak and anything but courageous. But, I'll give her the credit that she's a genuinely lovely mother-figure. Being a parent / housekeeper is not an easy job, but she does really well at it. When the animals are taking shortcuts doing the housework, she tells them to do it the proper way. When it's supper time, she tells the dwarfs they won't eat until they've washed their hands. There's nothing really bad about her, she's just not much of a heroine.

On the whole, the movie is worth watching for any Disney fan. Even if it's not the most timeless of films, it is what set the standard for the classic Disney flick. And I look forward to seeing more of these classics over the next few months