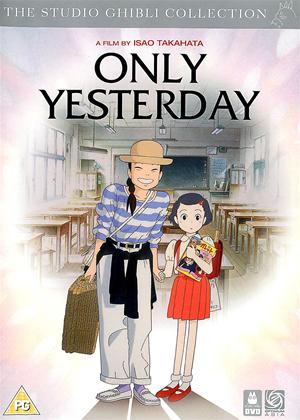 Reviews (1) of Only Yesterday

This Studio Ghibli lost gem was first released in 1991 but only made it to DVD in the West last year, for some inexplicable reason.

It nevertheless soared into made the Rotten Tomatoes top twenty movies of the year and deservedly so.

It tells the story of a 21 year old woman on a farming holiday in the Japanese countryside where she evaluates her life and future, through a series of flashbacks to her life as a ten year old girl growing up in Tokyo with her parents, grandmother and three elder sisters, scenes which make up the majority of the film.

The only person who seems to understand her in the present, is a young organic farmer, with whom she is staying for a few weeks. Although some of the anime graphic technology now seems a little dated, this is a warm hearted and enchanting film all the more welcome for its belated arrival in the West.