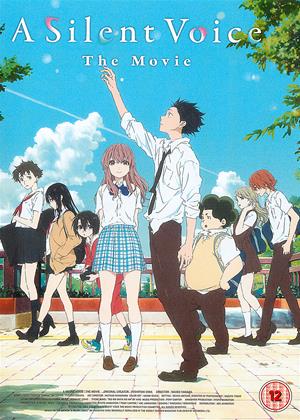 Reviews (2) of A Silent Voice

Interesting film about bullying - A Silent Voice review by PJ

This is a fairly slow paced Film but it allows both for the development of the characters and story. It is a really interest discussion on bullying, disabilities and mental heath. I would go as far as saying it's the best film about bullying I've seen. It's way better than 13 reasons why and deals with some major topics head on. Well worth watching.

The protagonist of this film is a great character of complexity and his journey is compelling. He is a bully. It's hard to enjoy a film when your protagonist is the bully but the film makers (fair dos to them for daring to tell as story this way) do well to engage you. It's a good story done in the typical Japanese anime ambience akin to From Up On Poppy Hill, Whisper of the heart, Only Yesterday, When Marnie Was There etc. A genre and ambience that I absolutely love.

But my problem is that the scenes progression are very jarring and lacking cohesion at times. I also felt the victim to be frustratingly naive but I suppose the story revolves around that naivety. The suicidal moments are depicted with care but the teenage angst are reasoning for many behaviours are not really explained with clarity.

It's a thought provoking film but often tedious in its depiction of teenage insecurities. But even though this film lacks the spark and calibre of the above mentioned films, this is still a very worthy watch, if you enjoy Japanese such animate dramas (as I do).

There’s an uncomfortable silence within A Silent Voice. Not literal, mind you, but a frightening aspect of brooding amid the social landscape of high school. Teenagers start to become more emotional, including a sense of guilt and emptiness that some believe cannot change. A Silent Voice attempts to find that communication that can repair the bridges we may burn young.

At the center of the story is Shoya Ishida. When we first see him in high school, he’s a bully. He mocks others and takes glee in the social status he gains from picking on others. A new target enters the classroom; the deaf Shoko Nishimiya. She tries to adjust as best as she can, but it’s not enough to prevent Shoya’s bullying. He constantly mocks her deaf voice and proceeds to snatch her hearing aid out of her ears, often tossing it out the window. He continues this assault until one day he pulls them out and she yelps in pain. Blood dribbles down her ears. He’s gone too far.

Skip ahead to high school and Shoya is no longer the chipper bully. He’s anti-social and suicidal, believing his life is a mess that can’t be salvaged by him or anyone else. Shoko, however, continues to push on, despite still being bullied. And even after everything Shoya did to her, she’s still just as infatuated with the boy as she was in elementary school. Shoya may have changed but she hasn’t, still being bullied and still trying to apologize for anything she is blamed for.

Shoya handles his hopeless state in a compelling visual of those he shuts out having animated Xs over their faces. But when he slowly opens up to others, the Xs fall off. The short and tubby student who sits behind him in class becomes one of these people, energetic and open to Shoya after he stood up for him when a bully wanted his bike. In a selfless act, the once-bully finds himself sharing bread with a new friend. More friends follow and the Xs slowly drift off faces. But Shoya’s social connections will have hills and valleys where the Xs sometimes fall off and sometimes go right back on the faces.

Shoya will slowly fall in love with Shoko, sure, but the more compelling aspect of the film is how communication becomes an important aspect of growing and moving on. Part of Shoya’s problem is that he never progressed enough to speak up against his bully friends, letting them carry on with their nasty tactics even into their teenage years. Shoko is just grateful to have anyone to talk to, having been lucky enough to gain a friend willing to learn sign language and unlucky enough to be bullied by another girl blaming her for Shoya’s depression. Blame circles all around for the numerous characters until they finally realize that the flow has to be broken by someone willing to come out of their spiteful and/or quiet shells.

A Silent Voice resonates incredibly well as an emotional rollercoaster that even in the age of social media I believe anyone can relate to. We all want to be loved and we all feel a certain distance and discomfort in trying to stumble our way into the hearts of others. For a film that features two suicide attempts and some pretty vicious bullying, this is wonderfully sweet anime that really packs a punch as the ultimate coming-of-age tale of this medium, from an era that has already seen such stirring teen tales as Your Name.