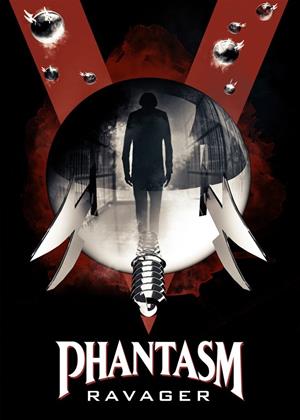 Phantasm 5 is a peculiar, bizarre, muddled, incoherent, and borderline-abhorrent piece of cinema that somehow ended up existing – despite the majority of objective evidence that points that it should be otherwise. For those uninitiated, the Phantasm brand/franchise is a five-installment indie horror achievement that spans across a period of some 35+ years. In it, there are all kinds of bizarre occurrences such as unexplained events, latent parapsychology, supernatural evil spirits, and of course: the evil itself incarnate. Not all’s bad however: Phantasm 5 is the ending of Don Coscarelli’s brain-child; to this extent – we can finally breathe out because it’s finally come to a close.

Let’s start off blunt: Phantasm 5 looks and feels poor. That’s just the way it us. Whether or not this is due to the small budget, the incoherent script, or the C- acting – it doesn’t matter; what matters is the final product (since this film has no artistic merit whatsoever), which ultimately looks half-baked at most. And that’s fine, since not everything is meant to be a masterpiece. But Phantasm 5 in not only being a not-masterpiece – but it’s also being the exact opposite of such: it’s inept to the point of inadequacy and total incompetence from everyone involved in the project, and that’s putting it lightly.

When it comes to its technical details, Phantasm 5 doesn’t even try; the sound is clipping everywhere and the CGI has the production value of a SyFy 2 channel monster series at most. The set pieces are decent, but are lighted so poorly that you couldn’t distinguish a fork from a knife and vice versa. And so, with a choppy editing, audio that’s clipping all over the place, and costumes that look as if the costume department was threatened at gunpoint to produce the most horrid patchwork you’ve ever seen on screen – Phantasm doesn’t cut any corners of proclaiming itself as just plain bad.

And now, the positives: Phantasm 5 (RAVAGER) is bizarre to no avail, and so it may be suitable for fans of peculiar genres such as the bizarro club of literature. Plus, it’s the latest, and more importantly – final entry in the Phantasm series, which would be all sorts of good news for the completionists out there. Anyone else would have a hard time understanding how and why this piece got made, or would simply just not care.

All things considered, the fifth instalment in the Phantasm series called Phantasm 5 (no surprises there) is a wrecked thing of unsurmountable proportions that would slip under the radar of many fortunate fellows who won’t have to endure one-and-a-half hour of excruciating mental pain. If you’re a masochist or enjoy being assaulted by random things from the screen, then Phantasm 5 would be right up your alley.