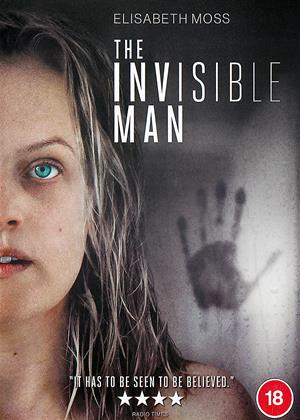 Reviews (1) of The Invisible Man

I watched this at the cinema just before lockdown. What a good horror movie for once. From one of the writers of the original Saw movies I had some Hope's this would be good and luckily it was. It helps that the acting is strong throughout and the film keeps you gripped from start to end. There has only been a few horror movie that have stood out to me in the last couple of years and luckily this is one of them.

Universal isn’t done digging up their classic movie monsters even if the connected Dark Universe was a disaster after 2017’s The Mummy. A connected universe of multiple films akin to Marvel? That is so 2010s. No, what’s really cool now is meaningful horror that reflects the modern era with ripe societal allegory, closer to Jordan Peele’s method of weaving nightmares through the likes of Get Out, Us and The Twilight Zone. The Invisible Man fits perfectly into this current craze for horror with more than just jump scares to offer its audience.

First off, Elizabeth Moss needs to be praised for finally getting a chance to a helm a horror film all her own. Though she at her lead role with a spoon in Her Smell and was an absolute terrifying presence in Peele’s Us, here she plays both a psychologically damaged victim as well as a vicious woman out for revenge. Before she gets that revenge, she plays the abused Cecelia, trapped in a relationship with the evil scientist Adrian. Make no mistake; Adrian is not evil because his experiment has gone awry or transformed him into a monster. He was already a monster, being violent and manipulative with her in classic Gaslight fashion.

When Cecelia makes a daring escape from his high-security estate, her life slowly gets back on track. With Adrian committing suicide and millions of dollars left to Cecelia, that path to recovery seem to have presented an express way. But lurking underneath that warmth from her family and friends is Adrian. He occupies her mind where she still doesn’t feel comfortable leaving the house or being alone in a room. This is seen by her many moments of jump scares which feel warranted enough to put us on as many pins and needles as Cecelia walks throughout this picture.

Someone not as interested in the film’s greater allegory may look on dumbfounded at the opening escape and ask why Cecelia doesn’t simply leave. Anyone who has been in an abusive relationship will let you know that escaping is not easy and the film presents a slightly more fantastical vision of making that flea seem possible with an elaborate sequence. For example, one oblivious viewer may remark why Cecelia doesn’t just take a car. If she does, Adrian could report the car as stolen and Cecelia’s life could be ruined.

To showcase this helplessness more pronounced, the film continues with Cecelia’s life being ruined by Adrian’s invisible presence. He hacks her emails, makes her hit people and steals her things. She is helpless and can seek no help. She relays her plight to others but nobody believes her. How could they? Adrian is dead and gone. So what can she do? Well, she must either fight on her own or work to prove the existence of Adrian, a task that is not easy when he controls every part of her life, including her body.

Writer/director Leigh Whannell not only makes this plight of abused women a strong allegory but weaves it through an intense atmosphere. With brooding music and great staging, there’s a constant sense of fear throughout. The unknowing nature of the Invisible Man being around Cecelia always lurks around the corner. Even the framing suggests that someone else may be in the room and that something horrible is about to go down. Sometimes it does and sometimes it doesn’t. Like Cecelia, we never know when the tension will snap.

The Invisible Man taps far more into the horrors of such a monster than what simply isn’t there. It’s what present within Cecelia’s life that makes the monster all the more real and scary; a wealthy jerk with an unhealthy desire for power over women. He has the money and tech to do whatever he wants and chooses to use it to ruin Cecelia’s life. The revenge seems all the sweeter by the end of the picture and doesn’t leave the film on its expected ending of an aloof acceptance of the system just being the way it is. This film says no, we don’t have to accept men masterminding gaslight schemes for abusing women as they warp the justice system to their bidding. We can do more, perhaps not to the extent in the movie, but tackle it with the same powers that work against women. Few horror films feel this strong.