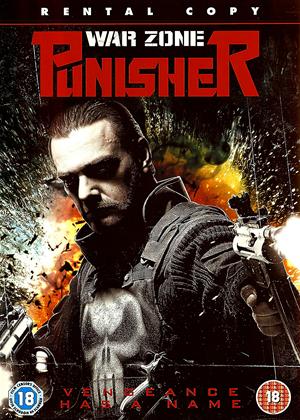 Unavailable
Belly of the Beast

Punisher: War Zone is essentially what a Punisher movie should be, and while most people might be reluctant to give this one a go after the last movie it is a very enjoyable action movie.

The film mostly goes from set piece to set piece, advancing the plot, and adding to the body count. The action in the film while not comparable to most other comic book movies it is very good with what it does and practical effects are a plenty which is becoming a rarity these days.

The origin is featured but it mainly in the background and doesn't beat you over the head with it. In this movie he is already established as the Punisher which helps the pacing since you are not being forced to wait to see the 'hero' in action and never lose interest.

Punisher: War Zone exceeded my expectations after the woeful 2004 movie and is a great film to watch if you want to sit and relax and just see some action.