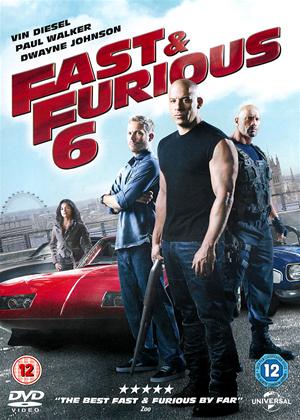 Reviews of Fast and Furious 6

Despite how much the previous five movies were detested by viewers with any taste at all the studio behind the Fast & Furious franchise know a money maker when they see one, and seemingly ignorant of the formulaic story, sub-standard acting and over the top special effects audiences continue to flock to theatres in their masses to see Vin Diesel and his pals play out the same story time and time again.

As much as I have considered that I might be missing something, upon watching the sixth addition – and feeling utterly forlorn and the prospect of a seventh – to the franchise I can honestly say that there is almost nothing redeemable about Fast & Furious 6.

Having now starred in the films for over ten years the muscle and prowess that once spilled from Vin Diesel’s shadow has become significantly muted over time, what looks he had have begun to dissipate whilst the impressive nature of the super fast cars has become distinctly old hat. The studio have discovered that the best way to compensate for the poor ageing of a character and his car is not to develop their personalities or intellects, but rather to replace them with bigger, faster and more muscular versions. This time Dwyane “the Rock” Johnson, who despite all his efforts to escape his wrestling background continually finds himself falling for the pitfalls of the same dumb but muscular character he played in the ring, also returns as Hobbs, then man with the power to remove the price from Dom’s (Diesel) head, but with a bulk so ridiculous that I could not help but shake my head in disbelief.

And if the extreme muscle wasn’t enough the volume levels of the film are just as over the top; largely to ensure that the dialogue is audible over the noise of ridiculous cars; the film reaches right up into the decibels, as if it can convince it’s audience that something exciting is happening by causing their ears to bleed.

Cue the action and spectacle, with special effects galore; an army of fast and flash cars and enough violence and special effects to leave you feeling windswept the already tenuous runtime behind Fast & Furious 6 becomes even more tedious, with any semblance of story over shadowed by the deafening noise of car engines and gun fire. It is quite a feat to cram a film so full of action whilst simultaneously boring your audience to tears, yet; once again the team behind the Fast and the Furious accomplish it. With bells on. Really, really loud bells.