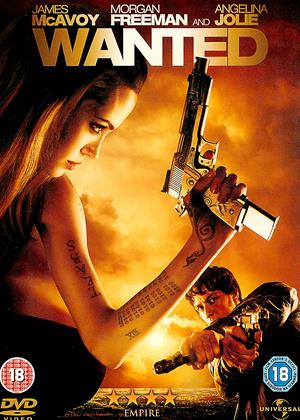 I will start with the positive,really good special effects similar to the matrix could of been a very good film if not for the plot.Unfortunatly the film relys to much on the special effects which is o.k at first but then becomes a bit boring,i found that wasnt a particular character that your were drawn to and wanted to win or root for.I think the twist in the film could of been dealt with much better,there could of been loads more twists and turns but there wasnt and i was left feeling pretty disappointed.

Loads of action, twists and turns slightly reminiscent of 'Fight Club' verses 'The Matrix' - I really don’t know how anyone can not like t

Excellent movie. I was at the edge of my seat. My husband also enjoyed it. Movie to suit all tastes.

Comic book films are one thing. Incredulous plots with no logic are another. The fact that films like this that exist for one reason only- instant gratification- & then receive critical plaudits & make a fortune at the box office tells us sadly more about current society than even the politicians who the same society elects.

What saves this from a one star rating is some of the directorial skill on display. Why he took the job except for the potential huge cash cheque is another.

Wanted is definitely not a slow burner. Right from the off you are gripped and can't take your eyes off the non stop action. The special effects and cinematogrophy are first class. If you enjoy action movies like the Matrix etc, this film is a must see.

Angelina jolie lights up the screen like a comet, with her brilliant role as the assasin Fox. As well as the action scenes, Wanted has a great script which has a great twist. The scenes with Jolie though are so memorable, especially the scene in the circular library, Jolies outstanding expressions show us why she is Hollywood gold.

What was Morgan Freeman doing in a film like this? We managed to stick with it for appro. 40 minutes, but it was just endless, pointless chasing involving shooting - just ss over the top.

Morgan Freeman? Angelina Jolie? Tell me you did it for the money - it certainly wasn't to enhance your acting reputation. This is mindless, violent tripe which attempts to avoid boring the audience with special effects, blood spatter and comic book silliness, combining the worst bits of 'Bulletproof Monk' with 'The Matrix'. Loud and silly beyond words. And if Miss Jolie thinks that having multiple tattoos is attractive, let me tell her - it isn't. And poor James McAvoy - you won awards for your performance in 'Atonement' - but not in this one, I'm afraid.

2/5 stars - but only because (unfortunately) I have seen even worse :(

Running out of bullets - Wanted review by CP Customer

Timur Bekmambetov's career to date has involved high octane adventures with plenty of special effects and explosions. For his Hollywood arrival, Wanted does not change that formula but its becoming a little tiresome. You cannot fault the slick style on show, nothing has been spared when it comes to the effects, weaponry and big bangs. It is ideal action entertainment for those that wish to suspend disbelief or catch a film that requires little effort. The thread-bare plot is extremely lightweight, with McAvoy failing to be the action hero. Really, he should have stuck it out in the office. The acting talents of Freeman and Jolie are cast aside, Bekmambetov is clearly all about style and no substance. By Hollywood standards this isn't even average.

Action for its own sake - Wanted review by JD

The action is everything in this production. The plot is thin and unbelievable. The acting is poor (Jolie has not got to where she is today on acting skills) but the action sequences, particularly the opening car chase scene, are fairly good if not totally original.