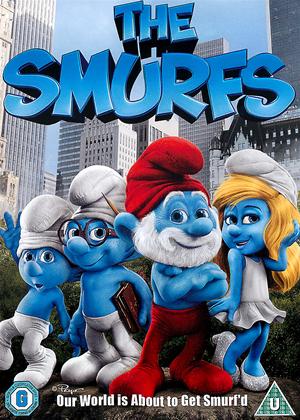 Sign up
Cats and Dogs 2: The Revenge of Kitty Galore

Reviews of The Smurfs

80’s favorites ‘The Smurfs’ get their big screen treatment in the latest CGI movie, pitting them against comedic geniuses Neil Patrick Harris and Hank Azaria as villain Gargamel. For someone who has grown up loving The Smurfs as if playmates in childhood, nostalgia does sink in. But there’s also a sinking feeling that a Smurf movie isn’t a good idea. At all.

For all its worth ‘The Smurfs’ tries to be cute, perky, and at times raunchy. In the movie, they’ve used the word Smurf as both an expletive and verb for almost anything (i.e. ‘Smurf happens’!) What the Smurf is going on here? It’s a trick to reel in the now-adults who actually loved The Smurfs as kids to also bring their own kids who have not met the little blue creatures yet. ‘The Smurfs’ succeeds to grab the attention of the younger kids – how about the then-kids? The jury’s still out on that.

Directed by ‘Scooby Doo’ and ‘Scooby Doo 2’ director Raja Gosnell, an expert on CGI talking animals, ‘The Smurfs’ is just a cake walk for him. CGI little blue people who come from Smurf Village, a Papa with his sons, all brothers with just one sister, and vortex-ically transported from their home to New York City in the home of a cosmetics marketing executive (Harris) and his pregnant wife (Glee’s Jayma Mays), they not only wreak havoc, they are also on the lam. Their arch-enemy Gargamel (Azaria) wants to steal their ‘magic essence’ and he’s turning every nook and cranny of dingy New York to find them.

The fish-out-of water plotline has been used time and again, especially for magical creatures. ‘The Smurfs’, for all their inexperience in the city, seem to coast along fine and are hardly lost. What, do they have Internet in Smurf Village? With every CGI effects-laden movie comes a Disney-type resolution in the end. There’s a reason why ‘The Smurfs’ came to town. Watch out for it.

If there’s one thing to take away from this, ‘The Smurfs’ are the original blue people. Take that, James Cameron.