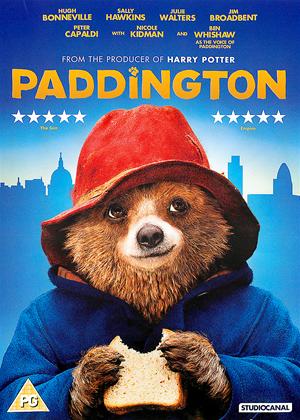 great script, stunning effects, wonderful slapstick comedy, marvellous acting, thoroughly enjoyed by a mixed group aged from 8 to OAP. What more can I say, something for everyone, concise direction and story and does not outstay its welcome at 88 minutes

Charming, funny film about a bear from darkest Peru (but nothing like the books) - Paddington review by PV

This film is a charming take on the story of Paddington, a bear from darkest Peru, who gets found at Paddington station by the Brown family. They take him in, and much chaos ensues in a gentle, jolly way.

Well, that's the books. But the picture books had no real plot, just gentle adventures and vignettes; so, necessarily, a full-length movie has to create a three act structure - and introduce obstacles for the main character to overcome, largely in the form of Nicole Kidman's ice queen taxidermist baddie. Hey ho...

The script here is sharp, with several laugh out loud lines and sequences, the characters very well drawn and there's some class acting on display - and the wonderful stage and Shakespeare actor Ben Wishaw (who played the definitive Richard II in the Hollow Crown TV series) voices Paddington himself. Plus some of it's set at the Natural History Museum, just about my favourite place in London! It's probably the last time Dippy will be on screen too as that fake/plaster skeleton will soon be replaced by a real one of a blue whale.

Re the time this film is set - well, it does what very many adaptations of old kids' books do and goes for a non-specific fantasy time, where kids have ipods yet no-one has a mobile phone or computer. It works here - in a way it really didn't in the recent awful TV version of Professor Branestawm.

There is clear influence from silent comedy in this film - and I bet the film-makers went back to Chaplin, Laurel and Hardy and others, and copied frame for frame the expressions and pauses. But nothing wrong with that!

Now the negatives. In the books, the Browns are a modest family living in (I think) a semi-detached house with a little garden. Here, they live in a stucco mansion which would cost well over £3 million in today's market, maybe £5 million. Julie Walters plays Mrs Bird who in the books is a cockney, I think - here she is Scottish (why? To appeal to the US market no doubt). Occasionally the movie edges over into smugland - especially as the cosy upper class Browns are portrayed as 'normal' whereas Peter Capaldi's single man who lived with his mother unto, she dies is portrayed as a baddie and/or fool (that is offensive - why is it OK to be abusive to single men like this in a way it would not be acceptable to any other group?) And then there are the occasional subtle pro-mass-immigration lines smuggled in - much waffle about 'everyone can fit in here in London' - and that all grates.

BUT it could have been a LOT worse, as many attempts at movies from old kids' books show. So a well-deserved 4 stars.

a brilliant film very funny loved this film and will be buying it on dvd when the price drops a bit lol brilliant locations and nice story line to it i would highley recommend this to anyone that hasent seen this film because its a defenant must see :)

For the very young (4 - 8) there are too many scary scenes, Nicole Kidman and Peter Capaldi both dramatically play their baddie roles (Capaldi strangely not in the credits). For adults there are scenes of severe silliness that will appeal like riding the bath down the stairs on a huge flood water. I don't expect many between 12 and 22 will be looking at this. There were some disappointments. Doing animated fur is obviously difficult. Sometimes it looked OK but then kept changing. A lot of moderately sad scenes which seemed out of proportion to the fewer moderately jolly ones and Hugh Bonneville not good casting.

Paddington is one of those rare exceptions of a children’s book adaptation that doesn’t ruin the character, but still takes enough chances to be its own thing. Though it takes a rather predictable route for a little bear in a big city, there’s an undeniably charming spirit to its rather innocent approach to mishaps and hijinks. It’s the type of family film that is easy enough to hate by design which is why it’s delightfully surprising when it wins you over. It’s also a rather impressive result for a film that features a bear eating his own clumps of earwax.

What makes the film so likable is Paddington’s gentle nature with a sweet voice by Ben Whishaw. He breaks glasses, slams into breakfast tables and floods a bathroom, but none of it is malicious or in the name of a joke. Paddington is a kind soul that just wants to find his home and with as much manners as a talking Peruvian bear in London can display. Plucked from his village of marmalade producing bears, he mills about a train station politely begging strangers for a home. He attracts the attention of the Brown family with a charitable wife, an analytically nervous husband, an apathetic teenage girl and an easily amused young boy.

Paddington receives his name from the Brown family based off the station as a substitute for his true name spoken in the roar of bears. It creates an interesting language which defines Paddington as a bilingual between the speak of bear and man. He later teaches its intricacies to the teenage girl who establish their own secret code with each other. It’s never truly explained why Paddington is able to speak proper English, but it is treated as a magnificent scientific discovery at least for the beginning of the film. For the rest of the film, however, hardly anyone seems all that phased by a walking and talking bear in a red hat and blue coat. Either England has become extremely progressive or the entire population needs to get their eyes checked.

Giving Paddington something to do instead of clumsily stumbling about, he seeks the old explorer that once visited his village years ago and gave him his trademark hat. This eventually leads to a pleasant visit at an antique shop and some snooping in a secretive archive with an old fashioned pneumatic tube system for processing requests. In between solving the mystery, Padding manages to get into all sorts of unintentional trouble. He accidentally cloughs up the pneumatic tube system with a marmalade sandwich and ends up catching a pickpocket through his clumsy method of returning his supposed wallet.

While there doesn’t appear to be any animal control agencies all that interested in Paddington’s appearance, his arrival is noticed by a vindictive taxidermist Millicent (Nicole Kidman). She has an axe to grind with the bear in her evil quest for fame. She goes to the absurd lengths of a villain from threatening witnesses to using all sorts of gadgets. Armed with a high-powered tranquilizer pistol and more doodads than James Bond, she breaks into the Brown’s home to kidnap the bear, but ends up succumbing to Paddington’s uncanny ability to bring unlikely disaster. Styled in a blonde bob and sleek white dress, she makes a suitable foe for the plucky bundle of fur. She’s not that memorable of a villain, but she works well enough for such a story.

The special effects are worth noting in that they never become at all towering. Though there are a few sequences that play up the movie more as a rollercoaster of Looney Tunes style slapstick, Paddington blends in seamlessly to this world. It’s neat to see his ludicrous behavior transpire on screen, but it’s also rather pleasant to see him in some simple scenes where you buy the image of a talking bear less as a CGI creation. He has a few pleasant talks with the Brown family where he’s not fumbling around in an apologetic state. Moments like those make him all the more likable for scenes when he seems to break every single object in a room.

Paddington is a family film that manages to itch all the right spots. It’s joyous without being dry and hilarious without being zany. Kids will love Paddington’s physical comedy as when he attempts to ward off a wild shower nozzle with a toilet seat shield and toilet brush sword. Adults will be smiling right along with the clever wit in much of the writing. When searching for Paddington, Mrs. Brown describes him to the police as bear with a hat. The officer remarks that this isn’t much to go on to which Mrs. Brown replies with a raised eyebrow. There’s a bizarre logic to Paddington’s true place in the human world, but the film never addresses it much outside of a handful of jokes. If this aspect honestly bothers audiences, maybe they need to reassess their expectations for movies about talking bears.