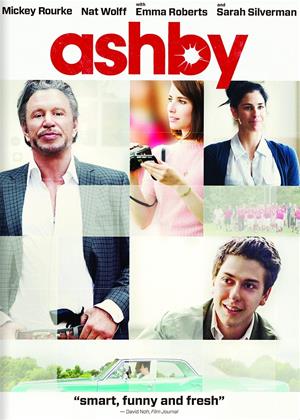 A plucky teenager wants to make the football team. An ex-hitman wants to make up for his lifetime of bad decisions. How could these two plots possibly connect? Considering I didn’t expect either to mesh all that well to begin with, it’s rather surprising how engaging these two worlds can be in this off-key dramedy. It could just be the always likable presence of Mickey Rourke that pushes the movie’s rating higher, but this is a good thing.

Our teenage lead, Ed (Nat Wolff), is a nerd with dreams of playing football. Sure, he has a girl he ultimately wants, but his goals in life are not so simple. A nerd trying to join the football team is an interesting present despite the cartoonish nature of the football team kicking him away. He’s got some additional emotional baggage to get over as he deals with living away from his divorced dad and coping with his mom (Sarah Silverman) and her sexual escapades for the right man. He’s a rather smart kid who displays a decent amount of intelligence amid his weaker moments of panic and enthusiasm.

Our old hermit, Ashby (Mickey Rourke), is a dying man with a dark past, but hides it well under his strangely warm machismo. He considers himself a man with no regrets, but starts having just that when facing his own mortality and looking back on his dirty deeds of murder. Ed comes knocking on his door for a subject in his standard school project of talking to old people. They form a bond that proceeds as you might expect: Ashby teaches Ed to be more of a man and Ed teaches Ashby to feel more as he approaches death’s door. Of course, Ashby’s arc is a little different in that he murders those that made him kill the wrong people. He could probably take a less violent route, but the countdown of his poor health doesn’t leave much room for subtlety.

On their own, both of these arcs are mediocre. The nerd trying to join the football team is still your standard high school drama and the hitman trying to reform is softcore action movie 101. There’s some quiet moments of oddity added throughout as with Ed’s mother talking about sex in a slightly liberating manner and Ed’s love interest having access to a brain-scan machine. There’s some brutal moments of violence as when Ashby guns down his old business associates at their mansions. But for the few moments when Rourke and Wolff are together on screen, there’s a good movie on the screen. I liked their chemistry and dialogue over a pancake breakfast or just driving down the street. Sure, they’re thrown together by a rather forced and overused gimmick, but their performances make this jumbled picture a bit entertaining.

Ashby is far from great and even incomprehensible in its skewed tones, but features decent performances and gags to help it break out from the norm. It’s light in spirit, fast in pace and oddly humorous for a picture that should fall apart by its own surreal nature of quirks. It’s a movie best served as a breezy rental for a rainy where you want to feel some of that sappy joy, but still see Mickey Rourke kill a few people in between.