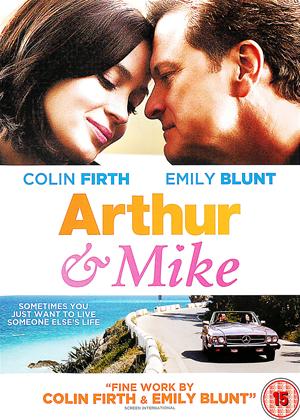 Synopsis:
One-time talented golfer, Wallace Avery (Colin Firth) is struggling with a life from which he longs to escape. Faking his own death, he acquires a forged passport and a new identity that of a golfer named "Arthur Newman". "Arthur" heads out for Indiana to start a new life and a promise of a new job as a resident golf-pro at a prestigious club. Along the way, he meets the beautiful but troubled Charlotte (Emily Blunt), who is also traveling under a false identity that of her schizophrenic twin sister, Michaela or "Mike" - and has fled her own home in North Carolina.
Arthur and Mike's relationship flourishes and they embark on an adventurous road-trip where they take a deviation, breaking into empty mansions and assuming other people s identities until, eventually, the role-playing games begin to lose their lustre, revealing two hearts hurt by life's challenges. Arthur and Mike are then forced to take another look at themselves and the real lives they've left behind.
Actors:
Colin Firth, Emily Blunt, Anne Heche, Lucas Hedges, M. Emmet Walsh, Kristin Lehman, Phillip Troy Linger, Devon Woods, Sterling Beaumon, Natalia Volkodaeva, Autumn Dial, Anthony Reynolds, Holden Hansen, Ron Prather, Jason Benjamin, Daniel Jones, Jack Landry, Sol Miranda, Steve Coulter, David Andrews
Directors:
Dante Ariola
Producers:
Mac Cappuccino, Becky Johnston, Brian Oliver, Alisa Tager
Writers:
Becky Johnston
Aka:
Arthur Newman
Studio:
Arrow Films
Genres:
Comedy, Drama, Romance

Reviews (2) of Arthur and Mike

As a curiosity piece it's worth watching, just for Colin Firth. No doubt some will like the sight of him 'in flagrante' too...

But the plot is silly and not really believable, and the film seems to lose its way a bit - wondering how to end and progress.

Also, I think very many viewers will not buy the idea that a rich successful man with a girlfriend and a son and his health would want to fake his own death and escape to another life. Doesn't cut it really, and I could never suspend disbelief.

If you are hard of hearing there are no English subtitles.

Presumably, the distributors Arrow Films either overlooked or ignored the 16% of people who need subtitles to enjoy a film!

When I saw the trailer for Arthur Newman it felt like a pretty conventional romantic comedy, a film that wouldn’t really have any lasting impact or cultural relevance to be spoken of. That is why I wasn’t surprised by what I was subjected to, a film that tries desperately to seem risque and unobvious but just screams of desperation as top notch actors try hard to not embarrass themselves.

Arthur Newman follows a man trying to avoid his past life by changing his name to Arthur Newman (Colin Firth) and leaving everything behind. When he meets up with Mike (Emily Blunt), a woman also seeking to avoid the life she had before and her past deeds they strike up an unconventional friendship as they go on a unique adventure.

Although Arthur is an interesting man, his reasons behind running away from his life is borderline childish as he proceeds to live a life of excess and liveliness that he never could have had before his re imagination of himself. His desire to make something new makes sense as the man he was before was pitiful and the film really feels like the reawakening of a soul lost long ago to the ravages of insecurity and extreme shyness.

Mike however is a cut out of other better rebellious female characters as she runs from a backstory that while unexpected is equally manipulative. The film while treating viewers to a genuinely moving relationship between the two plods along at a feeble pace as the two begin becoming new people and enjoying new and unexpected lives. The problem is that this grows old quickly for viewers and it takes the characters that much longer to clock on to this fact. All in all the film lacks a cohesive plot and any kind of pace making Arthur Newman, the character and the film, ever so slightly boring