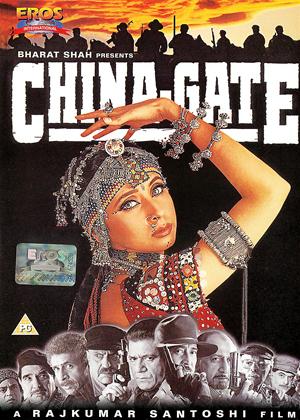 Synopsis:
This is a story of 10 men. 10 old men with a glorious past, a dark present, and no future...17 years ago, these same men were brave soldiers - confident, deadly, and very proud. Commanded by Col. Krishna Kant, their formidable battalion was the honour of the Indian Army. And then, one fateful night...a moment of human weakness on the part of Col. Krishna Kant...and the mission went horribly wrong. That one incident changed their lives completely, driving them off the rails. Today, they are just a bunch of washouts, each one at a dead end in their lives. Now, 17 years later, they have been given a second chance...A desperate mission...
It can give them their redemption, or it could lead them to their deaths! It all began with a knock on Col. Krishna Kant's door: There stood Sandhya, tragedy in her eyes, defiance in her stance, and a heavy burden on her young shoulders. The horrifying spectre of the public slaughter of her idealistic father still fresh in her mind, she appealed to the colonel for help. A reluctant Krishna Kant, battling with his own tragic past, was moved by the spirit of this helpless girl. And an incredible mission was born...Jageera the megalomaniac; the sadistic dacoit, who has brutalised the villagers of Devdurg, grinding their dignity under his heel, and the government is obviously helpless against this utterly ruthless man. He is the kind of enemy that all good men would want to vanquish, but no one can do it. And so begins the toughest challenge of their lives: Mission China-Gate. Had they taken on a mission that could only end in their own destruction? Will the ensuing fire engulf the soldiers themselves?
Actors:
Om Puri, Naseeruddin Shah, Danny Denzongpa, Mamta Kulkarni, Ila Arun, Kulbhushan Kharbanda, Paresh Rawal, Tinnu Anand, Anjan Srivastav, Jagdeep, Viju Khote, K.D. Chandran, Shivaji Satam, Harish Patel, Amrish Puri, Samir Soni, Mukesh Tiwari, Girish Karnad, Anupam Kher, Urmila Matondkar
Directors:
Rajkumar Santoshi
Writers:
Vijay Deveshwar, K.K. Raina
Aka:
China-Gate
Studio:
Eros Entertainment
Genres:
Bollywood
Countries:
India, Bollywood