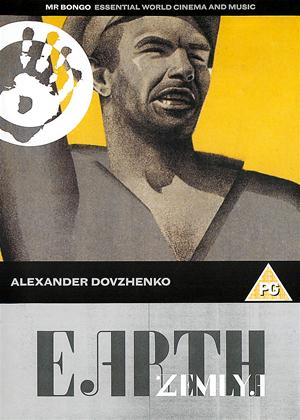 Deserves a better DVD release than this - Earth review by RJ

I don't know too much about the ins and outs of film restoration, distribution rights etc - so it's a mystery to me why some films get lovingly restored and released on dvds/blu-rays crammed with extra features, whilst other films remain neglected and, at best, chucked out on dvds containing terrible quality prints and no extra features. All I know is that, sadly, this film falls into the latter category. This really is an awful quality release. The print of the film is very poor, so blurry in places that you can hardly see what is going on. There are clearly intertitles missing, and the English subtitles for those that remain seem to have been generated using Google Translate. There are no extra features whatsoever and (for me at least) this is exactly the kind of film which would benefit from some supplementary materials to help put it into context. I had to go online and do some reading to aid my understanding, otherwise I would have had real difficulty getting anything out of it. The exact same version of the print is available on Youtube and the physical disc adds nothing to this whatsoever.

All of which is a shame because, struggling to emerge from all of this is clearly a very interesting film, with an equally interesting history. It is ostensibly a propaganda film promoting the Soviet policy of collectivism, however although the film is clearly in favour of this policy, it was nevertheless deemed by Soviet officials to be too ambiguous in its message and to be excessively concerned by man's relationship with nature. Whilst this was bad news for its director (Aleksandr Dovzhenko) at the time, it's good news for anyone watching it now as it elevates it above being purely a simplistic propaganda film. The montage sequence near the end of the film, intercutting a vengeful priest begging God to punish the pro-collectivist revolutionaries, a man driven insane by despair and guilt, a child being born whilst a young man's funeral takes place, and a grieving woman in a primal display of (literally) naked emotion is particularly startling.

So, absolutely worth watching, and if you stick with it long enough the power of the film will transcend the shabby way it has been presented.