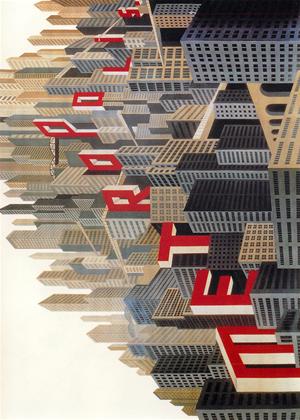 Synopsis:
Shortly after that 1927 release, an entire quarter of Lang's original version was cut by Paramount for the US release, and by Ufa in Germany, an act of butchery very much against the director's wishes. The excised footage was believed lost, irretrievably so - that is, until one of the most remarkable finds in all of cinema history, as several dusty reels were discovered in a small museum in Buenos Aires. Argentina in 2008. Since then, an expert team of film archivists has been working at the Friedrich-Wilhelm-Murnau-Stiftung in Germany to painstakingly reconstruct and restore Lang's film.
Actors:
Brigitte Helm, Alfred Abel, Gustav Fröhlich, Rudolf Klein-Rogge, Fritz Rasp, Theodor Loos, Erwin Biswanger, Heinrich George, Fritz Alberti, Grete Berger, Olly Boeheim, Max Dietze, Ellen Frey, Beatrice Garga, Heinrich Gotho, Dolly Grey, Anny Hintze, Georg John, Walter Kuehle, Margarete Lanner
Directors:
Fritz Lang
Writers:
Thea von Harbou
Studio:
Eureka
Genres:
Classics, Sci-Fi & Fantasy
Countries:
Germany, Classics, Sci-Fi & Fantasy

Visually stunning and eerie social commentary on the future - I love both the innocence and cynicism of this film. There is an audio commentary available with this that I found fascinating and annoying in equal measures. However, you can watch the film twice!

The visual impact is so great that it kept my 5 and 7 year old enthralled, though they were "peturbed" by 45 minutes in!

Essential viewing to see all the early strands and connections of later films and writing.

I would watch again.

Obviously the silent acting is over the top in todays values but if you can accept that, then enjoy the restored version.

I agree with the Review by Karrie, that the commentary was a bit confusing.

We watched it twice, once with and once without.

The 'Titanic' of the silent era - Metropolis review by RJ

It took me a long time to get around to Metropolis. I ordered it online several years ago, but apparently my enthusiasm must have cooled by the time it actually arrived, as it spent these intervening years sitting patiently on the shelf, waiting for me to decide upon the 'right' time to watch it. That time came fairly recently and overall, I have to say that it was not quite worth the wait.

Remarkably, I knew very little about it before I watched it - only that it was a dystopian science fiction film that had something to do with the fate of workers in a mechanised society, and also - thanks to the familiar images shown in every history of the cinema - that it involved a robot being given the form and appearance of a human woman. I also knew that it was regarded as being highly influential on the visuals of many later sci-fi films, with Blade Runner being the one I had seen most frequently cited.

Therefore, I had no idea that the things I most disliked about the film (the silly plot, the ineffectual hero and the absurdly naive political message) have all been widely acknowledged before. From what I have seen, most reviews take the view that these flaws are easily overlooked because of the ambition and, above all, the production design of the film. The trouble I have with this is that I am trying to convey what the actual experience of watching this film was like for me, not to write an essay arguing for its importance or its influence. Put simply, incredible production design (and it truly is incredible) and some beautiful imagery are not enough to sustain interest in a silent film (or any film) that is 150 minutes long.

The narrative, particularly in the first 90 minutes, is punishingly slow, with every single element of the not-at-all-complicated plot horribly laboured. Then, there is the heroically bad performance by Gustav Fröhlich as the lead. I want to say that I lay the blame for this performance at Fritz Lang's door - from what I have seen from on set photographs, I am convinced he directed his actors in a very hands-on way and that this performance must have been what he wanted. Furthermore, I recently watched the 1929 film 'Asphalt' in which Fröhlich gives an excellent lead performance free of all the histrionics on show here. Then there is the silly, sentimental ending.

For me, I cannot - as Jean Cocteau advises in a short essay in the accompanying booklet - ignore all of these flaws and focus only on the imagery (I think he called it 'plastic beauty' but I can't be bothered to go downstairs and check) - at least not for two-and-a-half hours. The film I was constantly reminded of whilst watching this was Titanic. I have seen a few things on TV recently about the production of Titanic which showed what an astonishing achievement it was in terms of its production design - but that alone doesn't make Titanic a great film. Similarly to Metropolis, it has a tediously long build up full of unengaging characters and ham-fisted storytelling, followed by some genuinely exciting aquatic action sequences, topped off with a silly, saccharine ending.

Metropolis is interesting and important in many ways, but it is also a deeply flawed and unsatisfying cinematic experience.

One final note of caution - if you feel inclined to try a second viewing with the commentary on, you need to be prepared to be very interested in post-Freudian interpretations of the film (whatever that means) and the metaphysics of the film (whatever that means). Fifteen years ago, when I was earnestly writing essays for my Film Studies degree, I may have found it helpful - but nowadays that kind of thing is far too heavy for me.