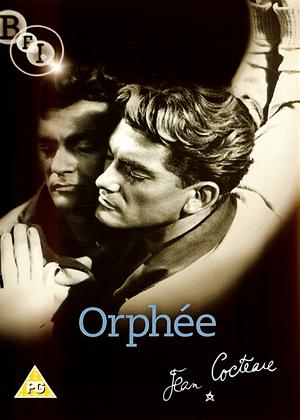 If you liked “A Matter of Life and Death” you’ll probably like Orphée. - Orphee review by WS

Orphée is based on the Greek myth in which Orpheus, a musician who is the son of the god Apollo, goes into the Underworld in search of his recently deceased wife, Eurydice. Hades, the god of the Underworld, agrees to release her under one condition; Orpheus must not look back at his wife as she follows him back to the surface world. He complies at first, but makes the mistake of stealing a backward glance to check that Eurydice really is following him, and thereby loses her a second time. He is later killed and gets to be reunited with Eurydice.

In the film the story is transposed to the artistic scene of 1950s Paris, in which Orphée (Orpheus) is a poet. I did not find the love triangle element of the story wholly convincing, and it has a somewhat contrived happy ending. But it is an ingenious take on the myth, it cleverly integrates modern artefacts into the story (car radios and mirrors) and the special effects are charming although low-tech. The Underworld is portrayed as a deserted and decaying city in a state of perpetual night, in actuality an abandoned military academy. Jean Marais is very convincing in the lead role as the poet torn between his obsessive dedication to his work and his love for his wife.

To get the most out of this film it would help to read the story of Orphyus & Eurydice first, unless of course you are already familiar with it. The cinema photography is amazing at times and it is a bit tough to keep up. But Cocteau has cast a magic spell for you delight.