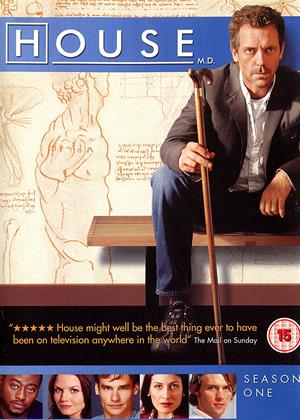 It's not Lupus. - House M.D.: Series 1 review by CP Customer

Hugh Laurie deserves every award going for his portrayal of Dr Gregory House, the narcissistic bad tempered yet brilliant diagnostician.

His accent is flawless, and he brings such warmth to his character that you can't help but like him, even at his worst behaved.

There is also a strong supporting cast, including Omar Epps, who do far more than make up the numbers and play straight guys to Houses snide witty jabs.

The format of the show can get repetitive, the patient falls ill, first cure is tested seems to work then fails, second cure works with seconds to spare. However the writers address this with amazing standout episodes such as the season 2 finale and an episode where we can see what people are thinking as actual events (used to great comedic effect by House)

The show also addresses many serious points, including mortality, religion, relationships, trust, honesty, a patients right to life (or to death)or even why beasitality is less of a taboo than incest!

It's an excellent show and i'm only sad that they'll eventually stop making new episodes and i'll have to go back to ER or Holby city, which is similar to going back to Burger King after 5 years of t-bone steak.